Some exciting events are underway this week from 16 to 22 August in Dordrecht, the Netherlands. First of all, IKF in liaison with KNKV run the IKF Level III “Youth Coach Camp”. An international group of 22 coaches perform under guidance of current coach of Dutch korfball champion PKC, Mr. Ben Crum. He is appointed as a program manager for this course. Mr. Crum lead a group of prestigious coaches invited to guide the participants in the “Youth coach camp” and learn all about coaching drills at youth level. Amongst this group of tutors, coach of Dutch national team Mr. Wim Scholtmeijer, Mr .Jan Sjouke van den Bos, head of coaches for the KNKV and Mr Detlef Elewaut, coach of Belgium national team, conduct some of the sessions.

During the week several training sessions take place at different Dordrecht clubs featuring local korfballers from 11 to 16 years coming from the clubs: DeetosSnel, Sporting Delta, Movado, Oranje Wit, KC Dordrecht together with some players from KC Barcelona. The training sessions will be useful as a practice for the 22 coaches from 15 different countries representing all five continents. They participate this week in order to obtain the IKF level III diploma for international coaches:

For some years, IKF and KNKV work closely together in order to involve all korfball nations pursuing to raise their level of play.

For that purpose we provide coaches with a complete program for coaching youth teams. This should be planned and executed with accuracy; furthermore the IKF Level III “Youth Coach Camp” is an opportunity to enjoy a unique experience, sharing one week with coaches from all around the world in the excellent environment of one of the greatest korfball cities in the world and hosted by well-known club DeetosSnel. The clubs from Dordrecht opens its doors to an international program for coach education and provide the best facilities to perform during this week. 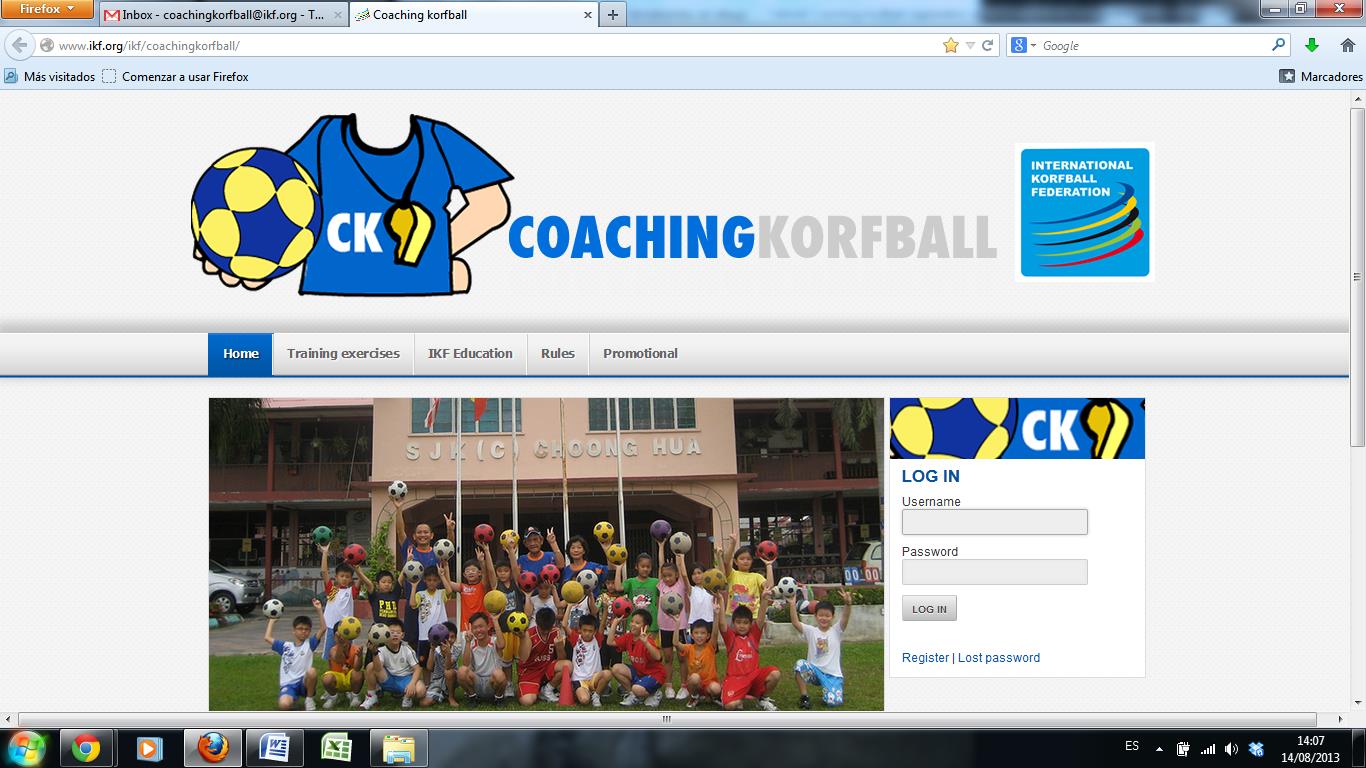 On the occasion of the 10th anniversary of the introduction of korfball into China, the Chinese Sport Ministry and the Chinese Korfball Association honored many that contributed to the development of korfball in the world’s most populous nation.

Ben Crum, IKF Senior Advisor, was awarded the title of Honorary Life Coach of the Chinese National Korfball Team. Crum, who was part of the introductory mission in 2004, has conducted over the past decades many coaching courses in China, has coached the national korfball team at the World Championship in 2011 in Shaoxing, and has advised the current coaches Ma and Liu over a long period of time. Crum was touched by the recognition: “This means a lot to me”.

In addition, a number of national korfball leaders were recognized, of which the most well-known is Mr Guo Qilin, who arranged the introductory mission and subsequently supported and initiated many korfball activities in China.

The event took place in Zhengzhou, where also the 6th national korfball championship was held.