The match schedule for the upcoming The World Games 2022 has been published. This World Games will be held from 13-17 July in Birmingham, Alabama (United States). More information about the event can be found at the event information page.

The korfball event will kick-off with a clash in Pool B between Belgium and Germany, the numbers two and three of the last European Korfball Championship in 2021. Via an intense five days of competition, the final of the event is planned for Sunday 17 July. Right after the medal ceremony of the korfball event the overall closing ceremony of The World Games will take place at the impressive Protective Stadium. 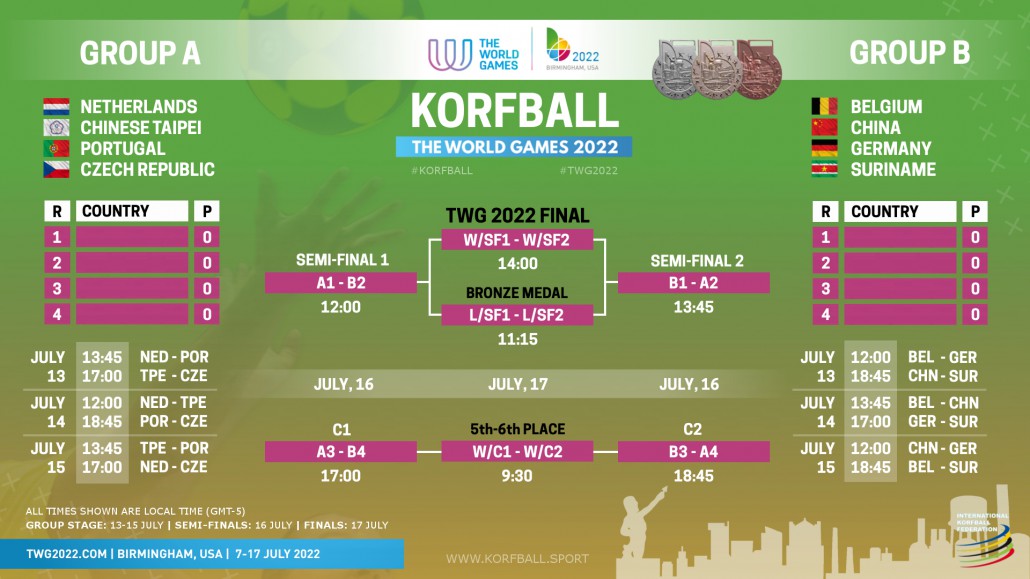 The pool draw of the event was webcasted live last February 26th. The draw split the eight teams participating in the event into two pools of four teams each, as can be seen in the overall tournament schedule as presented above. 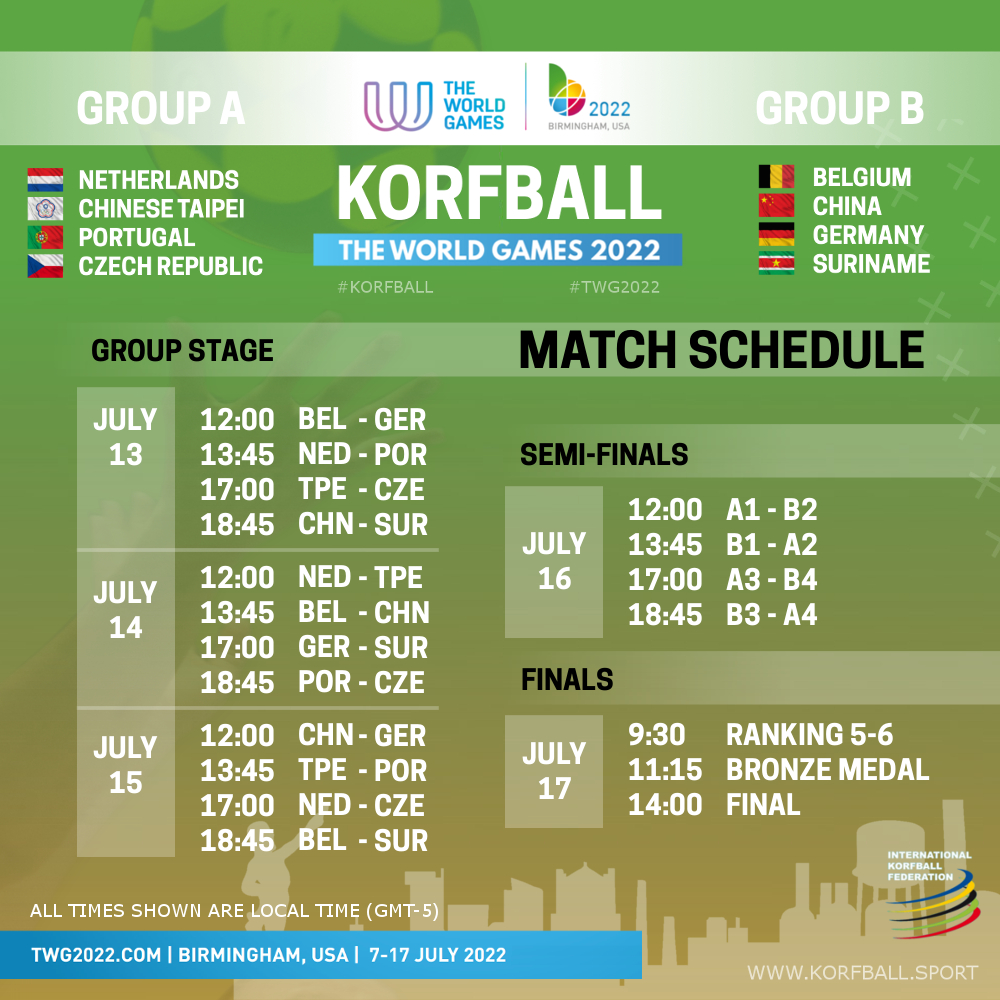