The International Korfball Federation has presented its biannual World Korfball Awards at its General Meeting in Antwerp, Belgium. The awards were instated in 2019 following a suggestion of the Sri Lanka Korfball Association to recognise national organisations for excellence in korfball.

The World Korfball Award for Grassroots Development was presented to the Argentinean Korfball Association for a project to start producing low cost korfball equipment for countries across Latin America. Getting affordable equipment from the main production locations in Europe and Asia to Latin America is costly. Over the past two years, the AKA has worked very hard to produce a low-cost korf and associated equipment at roughly one third of the international cost. This should help support the rapid growth of korfball on the continent. 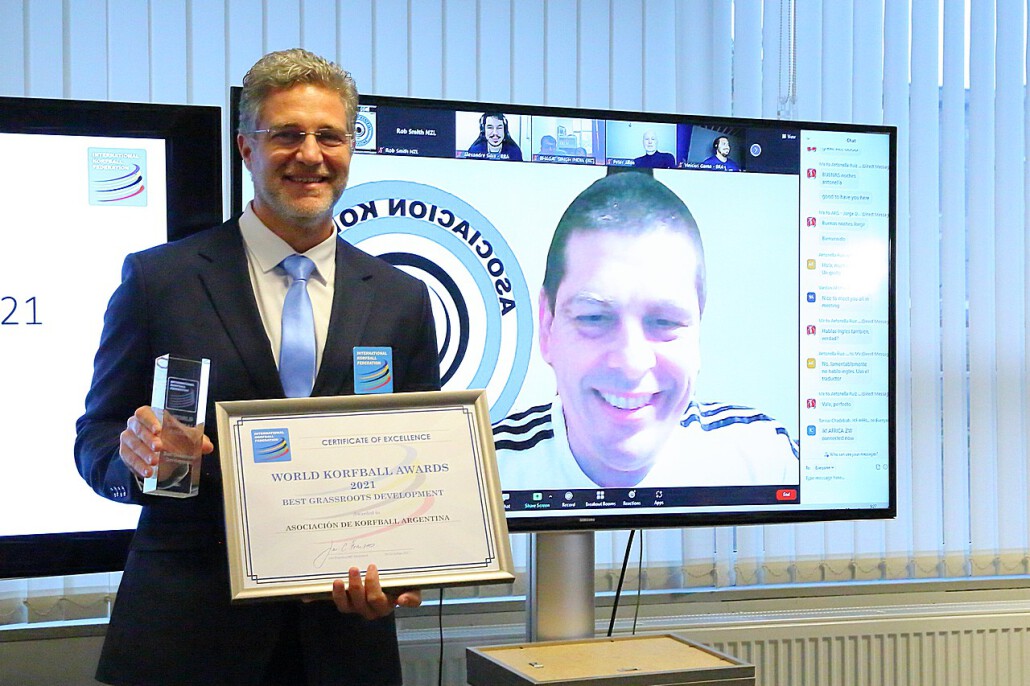 The World Korfball Award for governance was awarded to Swiss Korfball. With only 7 years in existence, the Swiss federation has been developing steadily, under excellent governance. With about 70% of their members taking an active part in running activities for the federation, and according to a structured five-year plan with accountability, the federation is a prime example for a volunteer-based national organisation under good governance. 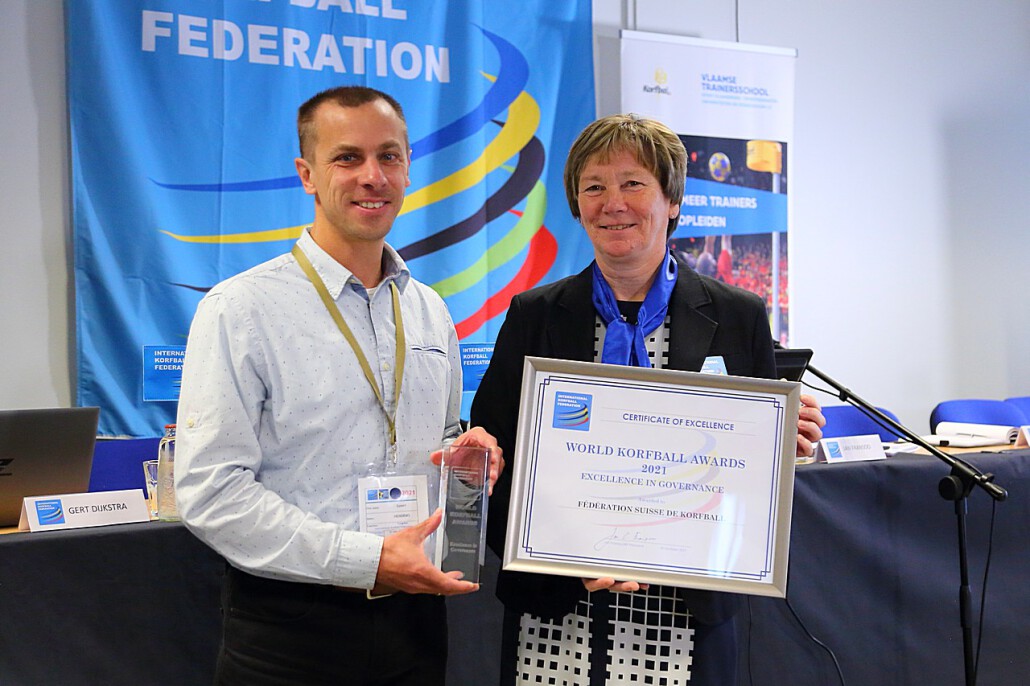 The World Korfball Award for Innovation was awarded to the Hong Kong Korfball Association for their continued efforts in leveraging associations with famous consumer brands and TV and movie personalities to promote korfball. This has created extensive free and positive publicity about korfball in Hong Kong over many years, helping the federation to grow. 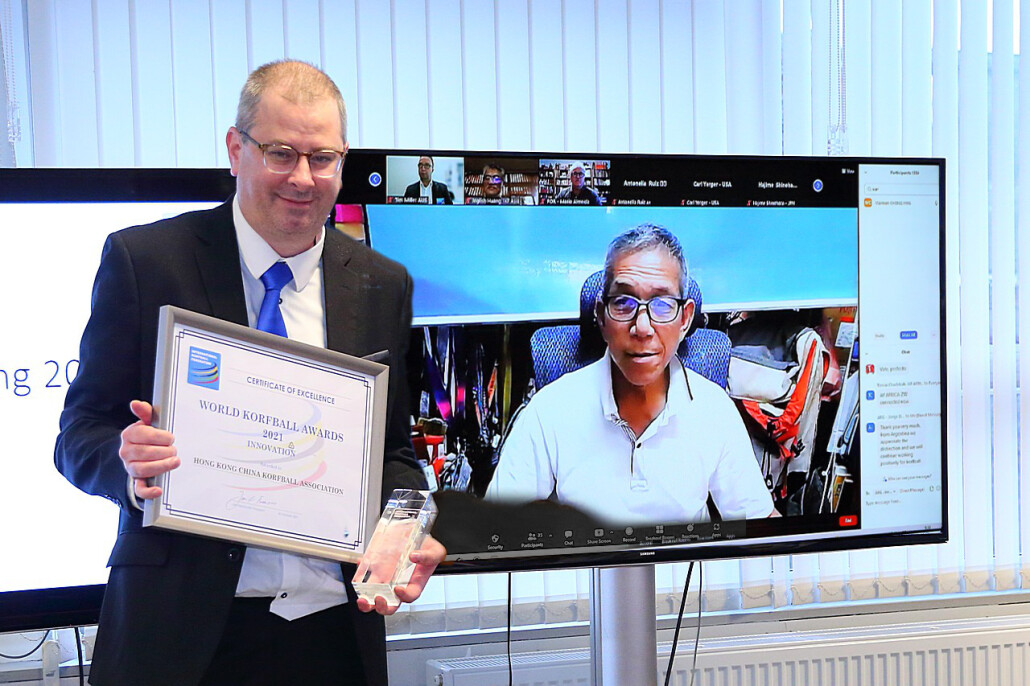 Finally, the World Korfball Award for best event with jointly awarded to Belgium and Poland, for hosting the first two major post-covid events, namely the European Championships A and B division, respectively. 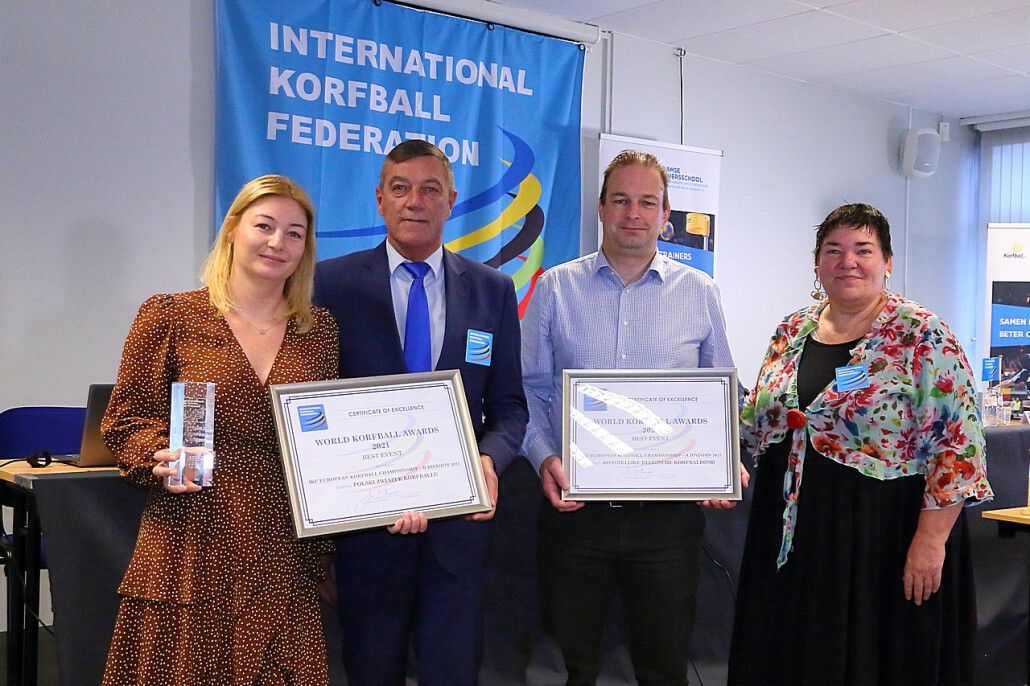 Photos by Gertrude the Vries