After dropping back, Catalonia looks forward

Last year at the IKF European Korfball Championship 2018 Catalonia finished sixth, comfortably qualifying for the upcoming IKF World Korfball Championship. However, after they finished fourth at the IKF WKC 2011, fifth four years later and third at the IKF EKC 2016, a sixth placing against competition excluding non-European korfball countries could be seen as a backwards step, especially as it leaves Catalonia’s current IKF ranking as number 12.

However, Victor Vila Ases, team manager of Catalonia, is looking forward, not back.

“At the EKC, we suffered several injuries, both large and small, which disrupted the group dynamic. Staying strong is a priority for Catalonia at the IKF WKC. We hope to stay healthy. We have focused on making this group strong, so everyone feels important and useful.

“In the end, sport is sport; you might win or not, and it doesn’t depend just on you, the other teams play as well.

“After the tournament, we want to return home with zero regrets and a big smile on our faces,” he says.

“We want them to be competitive, grow and most importantly, to have fun. We want to compete in every single game, so we can come back home with good feelings about the tournament,” he says. 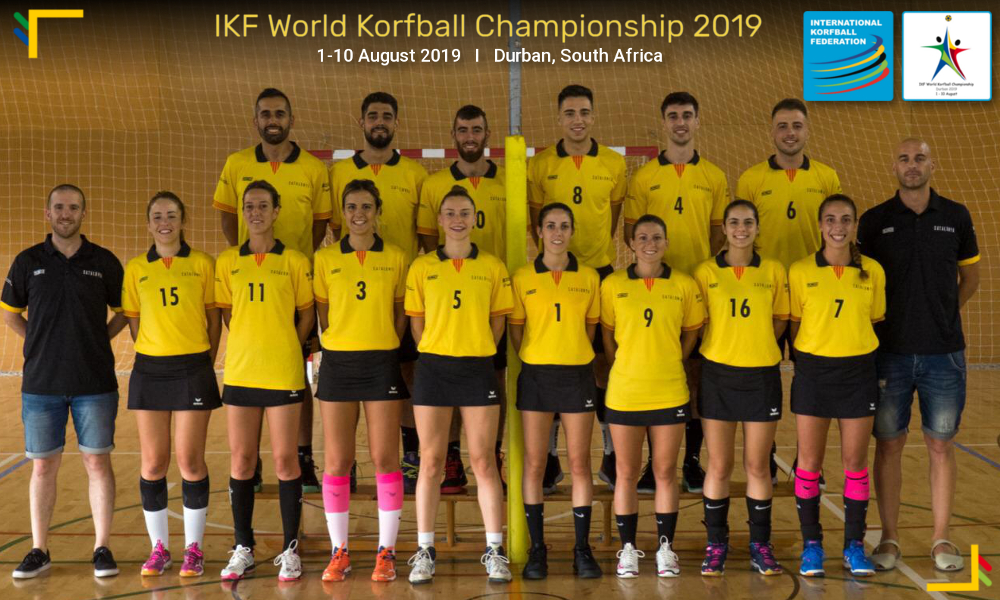 “This will sound like a cliche, but we respect and look forward to playing all the teams we will meet in Durban,” he says.

A recent visit to Catalonia by TeamNL Korfbal, the world champion national team of The Netherlands, featured training games against the locals. A few weeks later they meet more seriously, in a pool game on the IKF WKC’s second day. Victor says hosting the Dutch served as a key part of their preparation.

“Those were very useful games for us. Playing The Netherlands is always a challenge. We defined a set of specific goals, for the team and individually, and we achieved most of them. For the players, facing strong opponents is not usually possible during preparation, as the national team players are supposed to be the best in the country, so you always need an external opponent to give them a challenge, and playing The Netherlands certainly does that,” he says.

Most of the members of Catalonia’s national selection have played korfball since they were teenagers. Plenty of Catalonia’s high schools have korfball teams, and the current players are the result of many years of hard work focusing on the development of school korfball.

Most live in or near Barcelona, though this year the squad also includes a good representation of players from Girona.

Apart from easing some squad members back in as they rehabilitate from injury, Catalonia’s preparation for IKF WKC 2019 has mostly been reasonably smooth.

“Due to the political situation in Catalonia, we were expecting some government funding, though that has not arrived on time as promised. We therefore had to be a bit creative to raise some money and help the players with their payments, which we have done with a crowdfunding project,” says Victor.

He expects two of Catalonia’s new players will command particular attention from spectators, and opponents.

“David Puertas and Alba Rosa Lorente are two youngsters who are kicking the door down already. They both merge talent with hard work, so expect the best from them,” he says.

The IKF regrets to announce the passing of Mr Ruth Kool, bearer of the IKF Badge of Honour, at age 83 on 27 October 2022.…
Elections for the IKF Athletes Committee