Chun-Hsien “Ricky” Wu (TPE), Davesh Patel (ENG) and Jessica May (AUS) have been elected as members of the IKF Athletes Committee. Elections were held among all athletes taking part in the 2019 IKF World Korfball Championship currently taking place in Durban, South Africa. 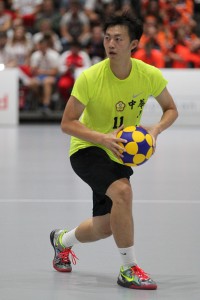 Wu. Patel and May are all veterans in international competitions, having competed in multiple Continental and World Championships; all three have also competed in The World Games. Patel is currently playing his third IKF World Korfball Championship, while Wu is currently in his fourth WKC. May retired last year from international play after she helped the Australian team qualify for the 2019 WKC and win bronze at the IKF Asia-Oceania Korfball Championship; she had made prior appearances in three WKCs. 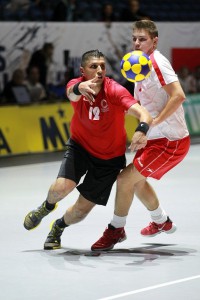 Notified of the election result, Patel commented: “Pleasantly surprised at having been elected into the athletes committee given the strong contenders but really looking forward to the opportunity and representing the athletes alongside my fellow committee members!”

Wu also served on the outgoing IKF Athletes Committee, having been elected in 2015. Patel and May are newcomers on the Athletes Committee, replacing Suzanne Struik (NED) – who retired from playing and did not make herself available for re-election – and Isabel Almeida (POR) who failed to win a sufficient number of votes. 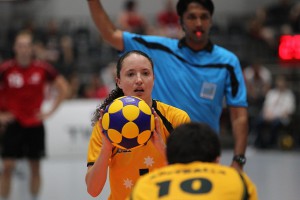 This year’s election saw an unprecedented number of athletes running for the committee. Along with Almeida, Mick Snel (NED), Jari Hardies (BEL), and Beca Ching Yu Chan (HKG), did not land enough votes to be elected on the Committee.

The IKF Athletes Committee is asking all athletes that have participated at IKF events since August 2019 to give their feedback!…
IKF WKC 2019 Day 3: Official press reviews, images & videos