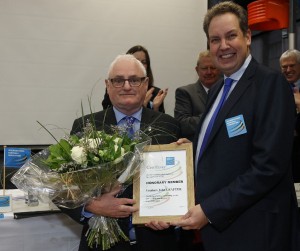 Graham Crafter (ENG), current Secretary General of the International Korfball Federation, has been awarded the Honorary Membership of the International Korfball Federation by its General Meeting 7 November 2015. Crafter has been an international referee, jury member, referee and jury educator and served on multiple IKF Committees over many decades. Since 2003, he has been Secretary General of the IKF. Crafter has also held multiple positions within the British and English Korfball Associations. At the General Meeting, Crafter announced not to seek re-election at the end of his current term in 2017. 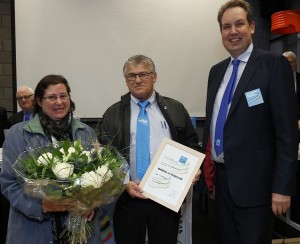 At the General Meeting, also the IKF Badge of Honour was presented to Mr Pierre Coppens (BEL) for his voluntary work for the IKF he has conducted over a period of almost 20 years as jury member, database manager, ICT liaison and member of multiple IKF Committee. 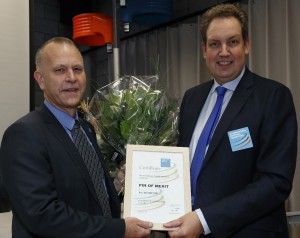 The IKF Pin of Merit was presented the Mr Eric Duchesne (BEL). Duchesne is chairman of the Local Organizing Committee of the 10th IKF World Korfball Championship this week in Belgium. Earlier, he had also been LOC Chairman of an IKF Europe Cup final in Antwerp.