The Netherlands and Chinese Taipei gave a shooting class in the first half with the Dutch a little more accurate. At the end of Q1 the score was 9 -6, 15 goals in just 10 minutes play. At half time the Dutch lead had doubled with a 16 – 10 score line, 26 goals in just 20 minutes, only one goal less than the whole of the bronze medal match and more than the aggregate score in five of the event’s matches.

The speed of the game inevitably dropped in the second half as the work rate by both teams was not really sustainable. The Netherlands’ lead increased by one in each quarter with a final score of 24 -16.

Ya-Wen Lin increased her goal tally by six to finish top scorer in the whole event with 43 goals, four more than Blake Palfreyman (ENG), who was top male scorer. 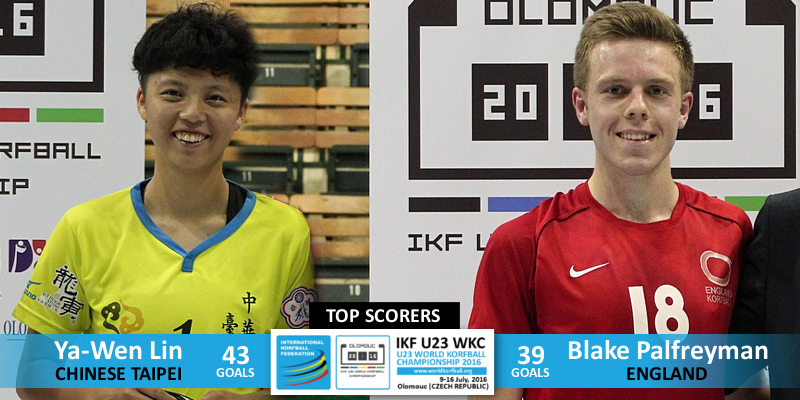 The bronze medal match was dominated by the defences and very nervous shooting. Only two goals were scored in the whole of Q1 and half time was reached with the teams level at 5 – 5. In Q3 the lead changed hands twice with Germans leading by two at 10 – 8 with ten minutes left. The lead became three immediately after the start of Q4 but then the Czechs hit back, levelling the match and then levelling twice more as the German team inched ahead. We reached the final ten seconds with the scores level when Alexandr Vyroubal scored with a medium to long distance shot to clinch the bronze for the hosts.

In the other match, played between China and Hungary for 5th place, things were level until after the end of Q1 at 4 -4. The Hungarians twice took the lead in Q2 before being pegged back but in the last five minutes before half time the Chinese clinched the match scoring five unanswered goals. Hungary got back to within two goals several times but could not get closer and China reached their highest ever position of 5th with a 17 – 15 victory. 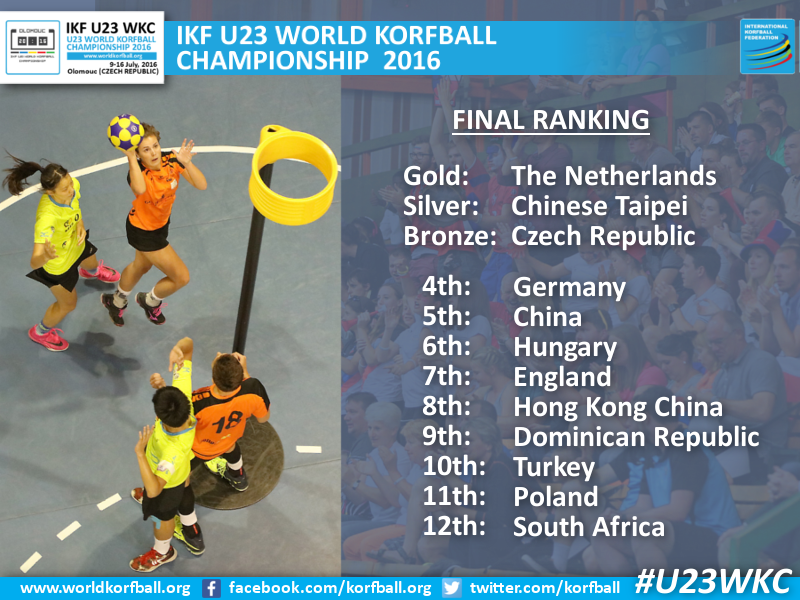 You can rewatch all games in live HD streaming on www.worldkorfball.org, with all the statistics, play-by-play, top scorers and much more. Also on IKF social media profiles you can find the best photo albums of each game, the best players awards, interviews and much more:
facebook.com/korfball.org – twitter.com/korfball