England gained 7th place after an 18 – 14 win over Hong Kong China. The main difference between the sides appeared to be the ability of the English team to gain rebounds due to their height advantage over their Asian opponents. However, several very clever free pass moves narrowed the five goal half time deficit to just one at the end of Q3. A sub-plot was the dual between Blake Palfreyman (ENG) and Wing Yan Cheung (HKG) to become the male player top scorer with just one day to go. In the end Blake made up his overnight deficit and just outscored his rival to finish one ahead with 39. (They were also marking each other during this match).  It would need the next leading male scorers to score more than 14 tomorrow to overhaul them.

In the battle of the newcomers for 9th place, the match see-sawed first one way and then the other, with neither side getting more than two ahead to form a decisive lead. They entered the final quarter level and even here the lead changed hands with first Turkey going two ahead and then the Caribbean team catching up and taking a two goal lead themselves. With three minutes left the scores were again level but the team in blue scored the decisive goal to beat Turkey 15 -14 to gain 9th place.

In the wooden spoon match Poland just edged out South Africa. After trailing by five at half time the South Africans won the next quarter to trail by three entering Q4 but the European team held on for a 14 – 11 win, consigning South Africa to earn the ‘wooden spoon’ and 12th place. 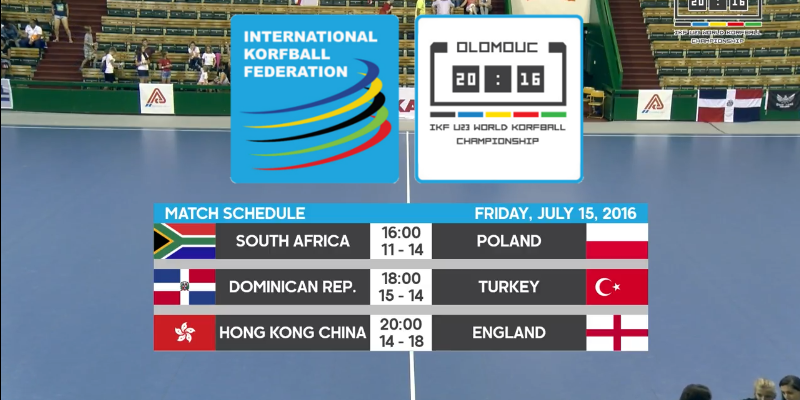 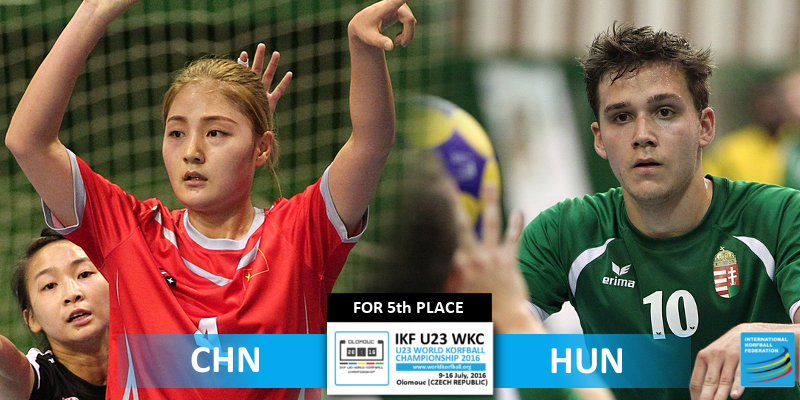 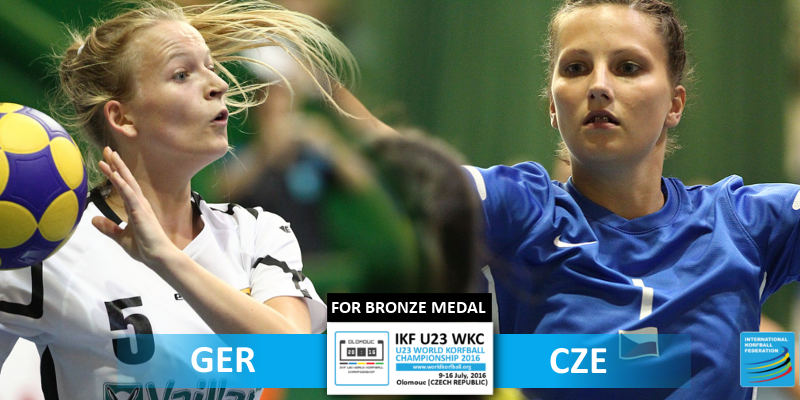 Here you can find some highlights video from all days in IKF U23WKC 2016 provided by Český korfbal / Czech Korfball (LOC): https://youtu.be/XEQbuPonwPE