The two top ranked teams, The Netherlands and Chinese Taipei earned the right to play for the gold medal after victories against Germany and the Czech Republic respectively. The score in the Netherlands vs Germany match was 20 -2, a poor score for a semi-final and more in line with a group match than the semi-final of a championship. It was probably influenced by who was chosen to play. The Dutch made seven changes from the starting line up used in their demolition of South Africa the day before whilst Germany started only four of the players that started in the key match against England that effectively won their semi-final place. (H/T 10 -0)

In the other semi-final Chinese Taipei effectively won the match in the second quarter stretching a three goal lead into nine – H/T 14 – 5. With players on both sides gradually being substituted the second half was a little closer but the end result was a 28 – 15 win for Chinese Taipei.

In the other matches Hungary beat England 14 – 13. Whilst some thought this was a surprise it wasn’t really as shown by the Hungarian’s win over the Czech Republic earlier in the week. (Hungary also beat Great Britain in the 1st ever IKF U23 WKC in 1994, and that was more of a surprise as Hungary had only joined the IKF less than three years before). China beat Hong Kong China 30 – 22, mainly due to a burst of scoring in Q4 which extended a slim one goal lead into eight. So China will play Hungary for 5th place on Saturday. 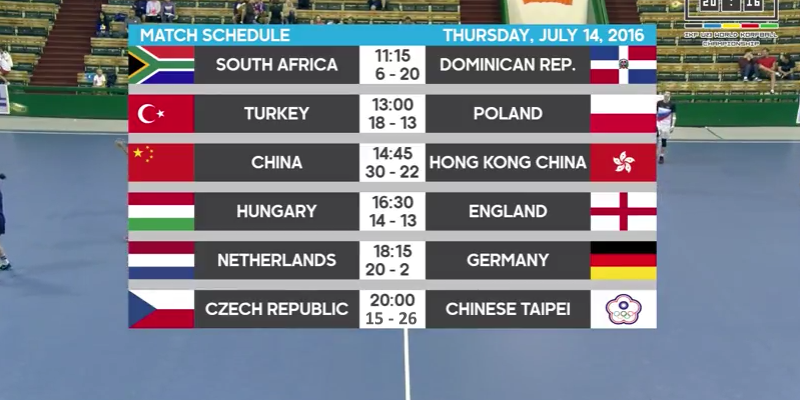 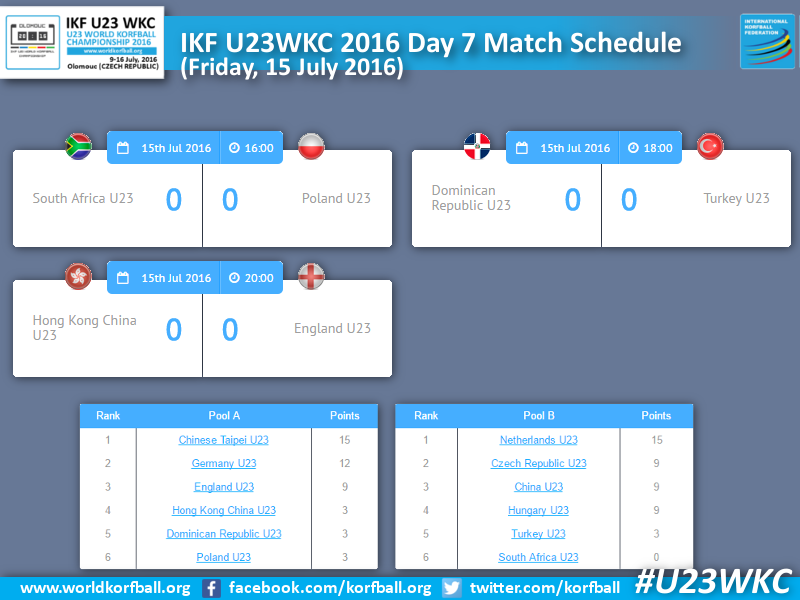 Here you can find some highlights video from all days in IKF U23WKC 2016 provided by Český korfbal / Czech Korfball (LOC): https://youtu.be/zWsfsNWo-IA