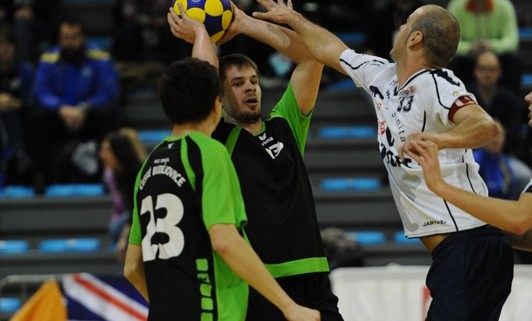 With the introduction of rugby to the Olympic Games from 2016, new formats for sports appear to develop very fast. Netball have launched their Fast5 version, with shorter matches, fewer players, unlimited substitutions and a number of other rules changes. Cricket have launched Twenty20 cricket, where only 20 overs are played and matches can be completed within a few hours.

Within korfball, several initiatives have been taken to explore alternative formats. One can question why we need alternative formats. I believe there are a variety of reasons for this. First, the number of players needed now to play (2 teams of 8 in the street when starting, but normally at least 12 in a national league match and 16 for an international match series) is simply too large to allow us to grow faster. For our member associations, the large delegations also cause considerable financial pressure on their resources. So for growth, I am convinced we need a more compact game. Second, a compact game allows for shorter matches, allowing us to better package a series of matches into an attractive event. Imagine seeing the eight best teams of the world in a 2 hour evening session at a major event. So for spectator experience, we need the compact game. Finally, the compact game will allow us to have more competitive matches. In the last 20 years, no new team sports have emerged that have been able to create a very competitive game. The gap between the leading country of countries and the rest is simply too big. Requiring more players in a team simply makes it more difficult to be competitive. Thus, for media impact, we need the compact game.

The question now is what our compact game will be. We have beach korfball in 3vs3 of 4vs4 as a format for which recently new rules have been developed that allow it to be played in a small beach arena, with 2 korfs. Experiments have been taking place with a hard court (street or indoor) korfball game based on the same format as beach, but on a slightly larger pitch. We hope to formally launch this new format later this year. Ideas and suggestions are still welcome directly in my inbox.

While the traditional game will continue to exist, I am convinced our compact game will open us to new markets, not only in the many new countries that have joined our wonderful sport in the past decade, but also in the villages in the Netherlands where korfball is strong. With the compact game, we can also clearly develop a new strategy for more rapid international growth. 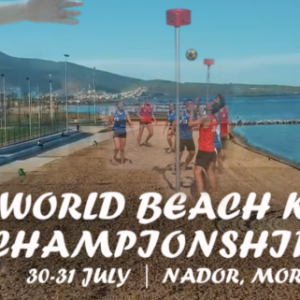 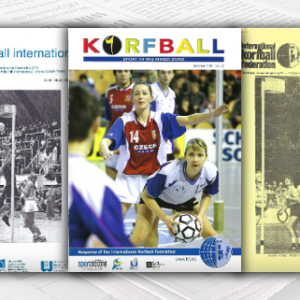 Up until 2011, the IKF published the magazine Korfball International. Due to the digitalisation of the data and communication…
Construction of World Games korfbal venue has started