The 10th IKF World Korfball Championship (IKF WKC) will be played between Friday 30 October and Sunday 8 November 2015 in Belgium.

The first and second round matches play in Ghent and Tielen. The semi finals and finals play in Antwerp in the Lotto Arena. Sunday 8 November 2015 the LOTTO Arena in Antwerp is sold out since 17 October.

FINALS of the IKF World Korfball Championship in Belgium:

The pools below are drawn 7 February 2015 in the IKF Executive Meeting. The IKF World Ranking November 2014 was the base for the draw and the pool composition.

The 10th IKF World Korfball Championship starts 30 October 2015 with the first round pool matches in Ghent and Tielen. 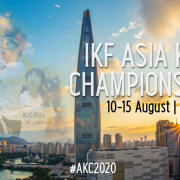 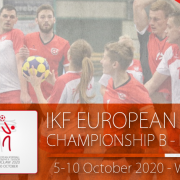 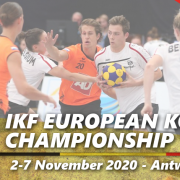 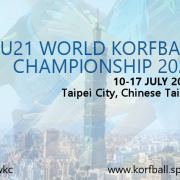 Error type: "Forbidden". Error message: "The request cannot be completed because you have exceeded your quota." Domain: "youtube.quota". Reason: "quotaExceeded".

Did you added your own Google API key? Look at the help.

Check in YouTube if the id PLXOgCk4AnV_5nDEz6GEuhhn45MXXK3VAv belongs to a playlist. Check the FAQ of the plugin or send error messages to support.
IKF Congress 2015 IKF Europa Cup 2016 first round
Scroll to top