The 53rd IKF Europa Cup 2019 has its champion: TOP/SolarCompleet (NED), after beating in today’s final the Belgian Boeckenberg KC by 31-16. During this 3-day event, national champions from eight European countries have been competing for the “Alfons Janssens” trophy in the Belgian city of Kortrijk. The English Trojans KC ended in third position in the Bronze medal game against SG Pegasus fromGermany.  A great tournament with exciting and tight matches in an spectacular arena. Thanks to all organizers, volunteers, supporters, officials and teams for an unforgettable tournament. You can rewatch and enjoy all games again on our channels! 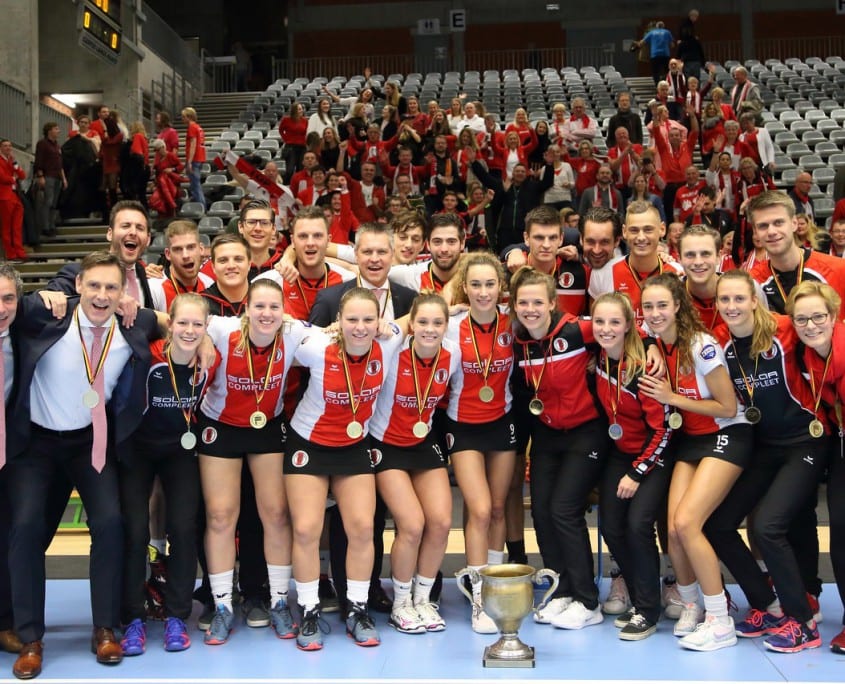 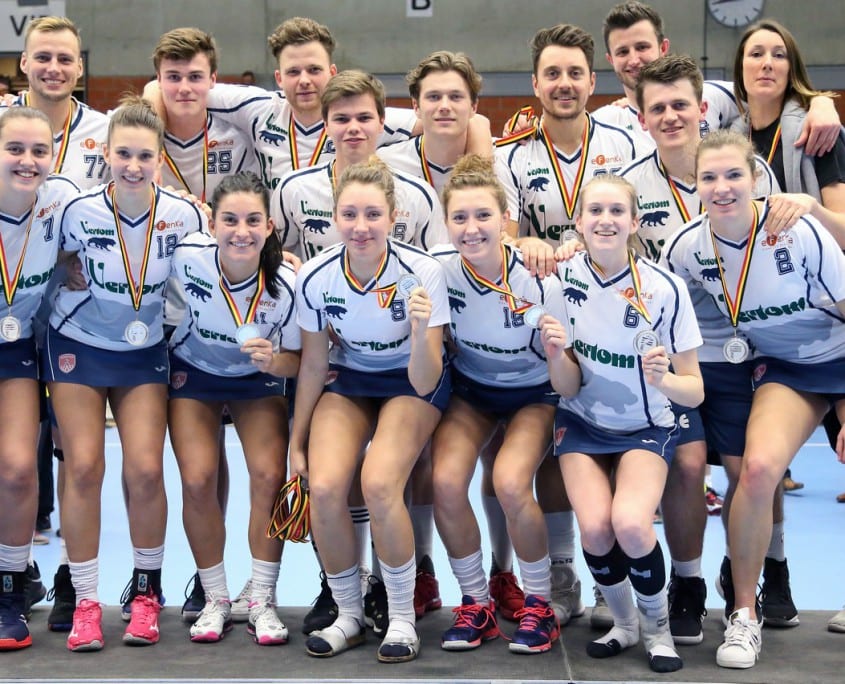 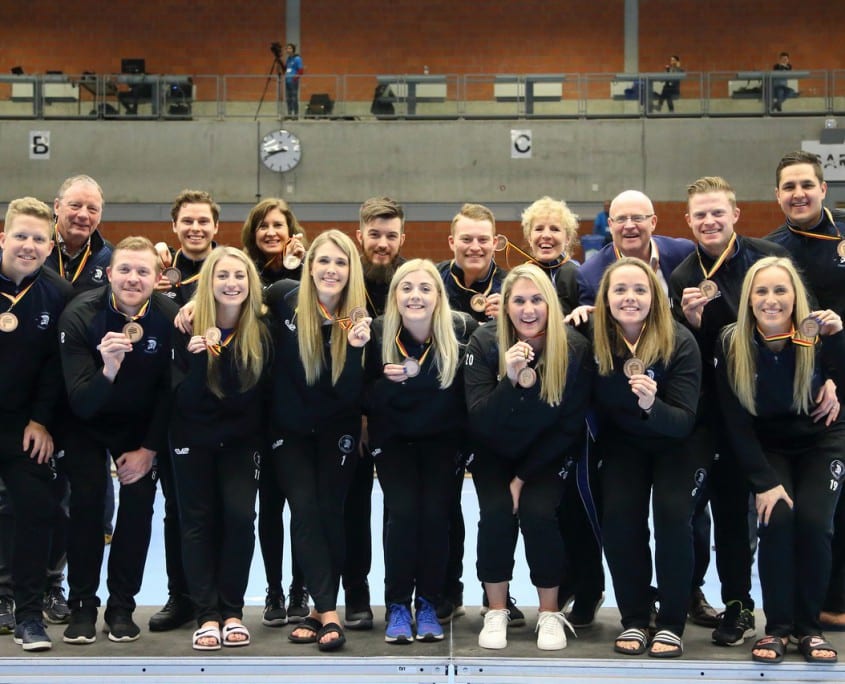 Two teams whose national federations will need to participate in the first round with the reigning champions competed for the places 7/8 on the final day.

With an additional two minutes per quarter higher scores were possible. And that was exactly what happend on the Czech side in the first half. Good focus in combination with less pressure by defenders made that the match was played long before the final whistle.

It was an occasion for some reserve players to show their skills.

Congratulations to both teams!

Two teams that had hoped for more struggled for the fifth place. But especially in Q1 the battle was situated on the defending side with a low score as a result (2-3)

Szac for a short period of time dominated and created a small advance. Time for Benfica to raise the level and to have it all square at half time.

Same scenario in the second half. Much enthusiasm, no success. This game had to be decided by a golden goal. And so it did!

After many minutes it was Joana Faria that scored the winning goal.

It has been a while since we had a clash between the traditional champion teams from England and Germany like it was always the case in the early days of the Europa Cup outdoor.

The English played one of the best tournaments and also now they were master of the game. Pegasus attacks were too transparant and the few shots, even from close by, did not find their way into the korf.

It must be said that at that time the scoring percentage of Trojans was extremely high. With 5 ahead at half time, Germans would still have hope.

Same scenario in the second half, Trojans clearly the better team and Germans trying to reverse the setting.

As a conclusion we may state that this is a well earned bronze for Trojans and that Pegasus earns respect for the efforts that were made to give a strong opponent a hard time.

The question was how long the Belgian champion would be able to keep the margin as close as possible. And, it must be said, in the first quarter this went quite well until dominance in rebound from the Dutch and uncontrolled personal defence on the other side resulted in 9-4

In a pure mathematical  perspective the second quarter saw nearly a winner with an accurate Top in the beginning and a better scoring Boeckenberg towards the end.

What is always a problem when playing Dutch teams, is difference in length giving attacks oceans of time to prepare shots and to give confidence to shooters. Boeckenberg did what was possible but was insufficient to create surprises (21-12 after Q3)

Match over and moments for other players to have a taste of topkorfball.

Congratulations to the KBKB for a perfect tournament. A better final would have been a beautiful present but Top was too outstanding.

Review all the tournament!

Live again this great tournament and review all moments on www.worldkorfball.org (live streaming games, live statistics, play-by-play, rankings, top scorers,…), and 24/7 on IKF social media profiles and via the hashtags #ECUP2019 and #korfball:

The IKF is proud to announce that its Erasmus+ Sport 2021 application has been selected for funding by the European Commission.…
IKF ECUP 2019 Day 3: Finalists known!