Live updates and reviews of Day 1 games at the IKF U21 World Korfball Championship 2018 in Budapest, HUN. You can follow and watch all games through IKF live webcasting on worldkorfball.org: Click here 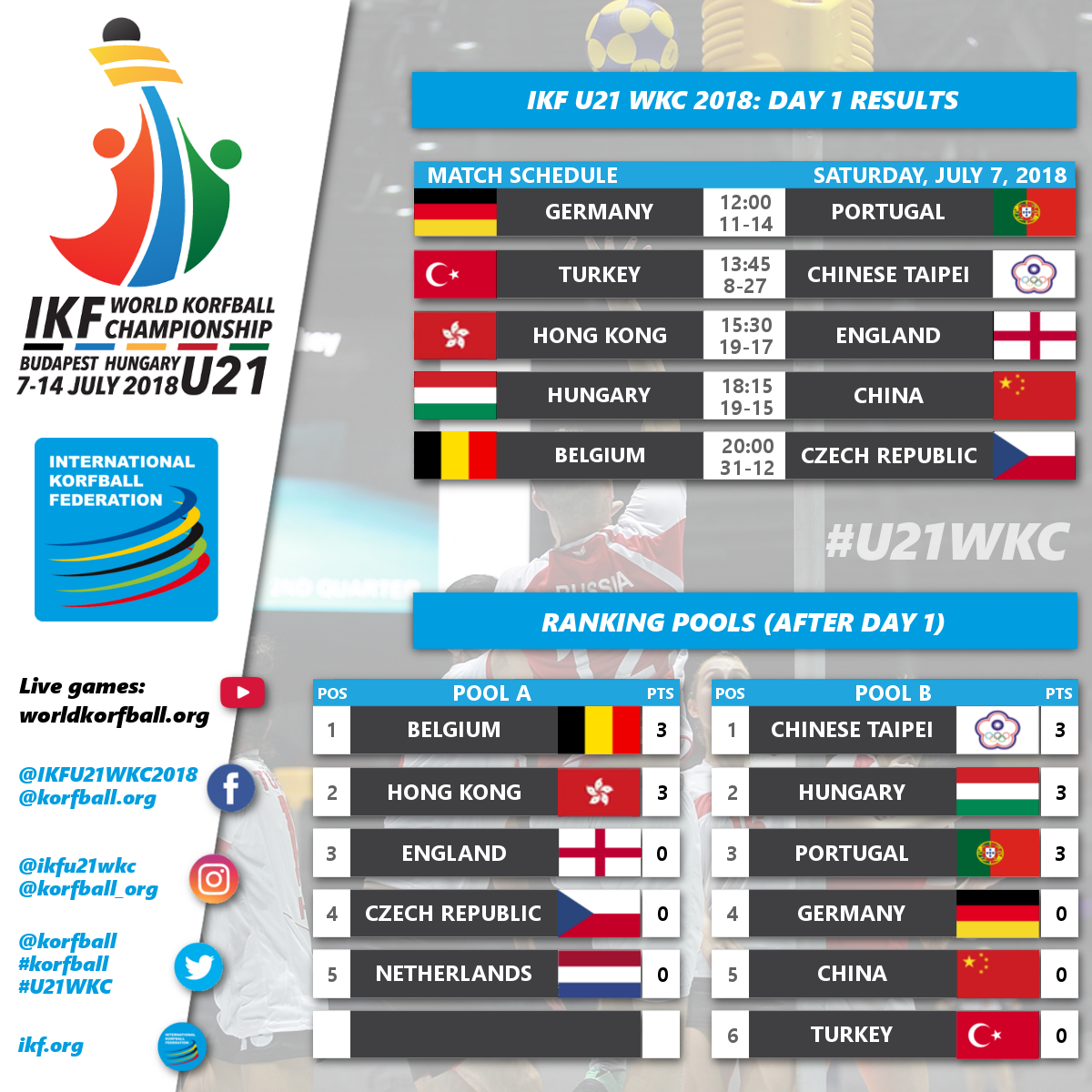 First match of the IKF U21 World Championships was always expected to be a tense affair. With Netherlands and Belgium in Pool A, there is a great opportunity for the teams in Pool B to reach the semi-finals in Budapest. Indeed, the start was tense with Germany and Portugal trading goals for 15 minutes before Portugal took control to lead 5-10 at half-time. Again, the second half started as a tense affair with Germany gradually pulling back the deficit to equalise 10-10 with three minutes remaining. Portugal regained control in those last minutes to win the fixture 11-14 and get the important first win.

Turkey and Chinese Taipei started their championships playing each other in the day’s second match. As expected Chinese Taipei played a fast controlled match and scored freely from the start. Meanwhile Turkey stayed focussed on their own game, being patient and waiting for chances. Though few were coming as Chinese Taipei were very active in defence. The half time score of 3-14 to Chinese Taipei reflected their controlled possession. The game opened up in a second half punctuated by many substitutions. The final result was 8-27 to Chinese Taipei and, notably, with 18 different goal scorers.

The third match of the day turned out to be a fascinating tussle between Hong Kong China and England. A close start turned into a three goal lead for pre-match favourites England, 5-8. Hong Kong China turned up the pace and started to dominate a disjointed England. England did not score for ten minutes while Hong Kong China pulled ahead and never went behind again. Through the second half, Hong Kong China countered every England challenge with an excellent team performance and were thoroughly deserved winners 19-16. England need to recover to face the Czech Republic on Sunday and Hong Kong China have the challenge of Belgium on Monday.

After the opening ceremony, the action returned with a pulsating contest between Hungary and China. China quickly established a 2-5 lead, creating chances with their rapid play. Hungary settled into the match and accurate shooting saw them score six unanswered goals to change the direction contest. High quality scoring from both teams continued and Hungary took a deserved, but slim lead into half-time, 10-9. Both coaches made a number of changes in the second half with no effect on the quality of the match. The game continued as the first half with both teams playing at pace and with accurate shooting. The hosts continued to get the better of the contest and gradually increased their lead to win 19-15. Hungary join Portugal and Chinese Taipei on one win in Pool B after day 1.

The final match of day 1 was the highest scoring match of the day. Belgium and Czech Republic scoring 43 between them. The teams traded goals in the first quarter, Belgium just edging it 7-6 in an entertaining ten minutes of play. After the break, Belgium upped the tempo, maintaining their scoring rate but slowing the Czech Republic down. The Czechs scored two more in the half and Belgian were on their way to a first win, leading 14-8 at half-time. The match continued to reward the evening crowd before Belgium ran out comfortable winners, 31-12. Belgium look to be well warmed up ahead of their match with number one ranked Netherlands who start their campaign on Sunday. 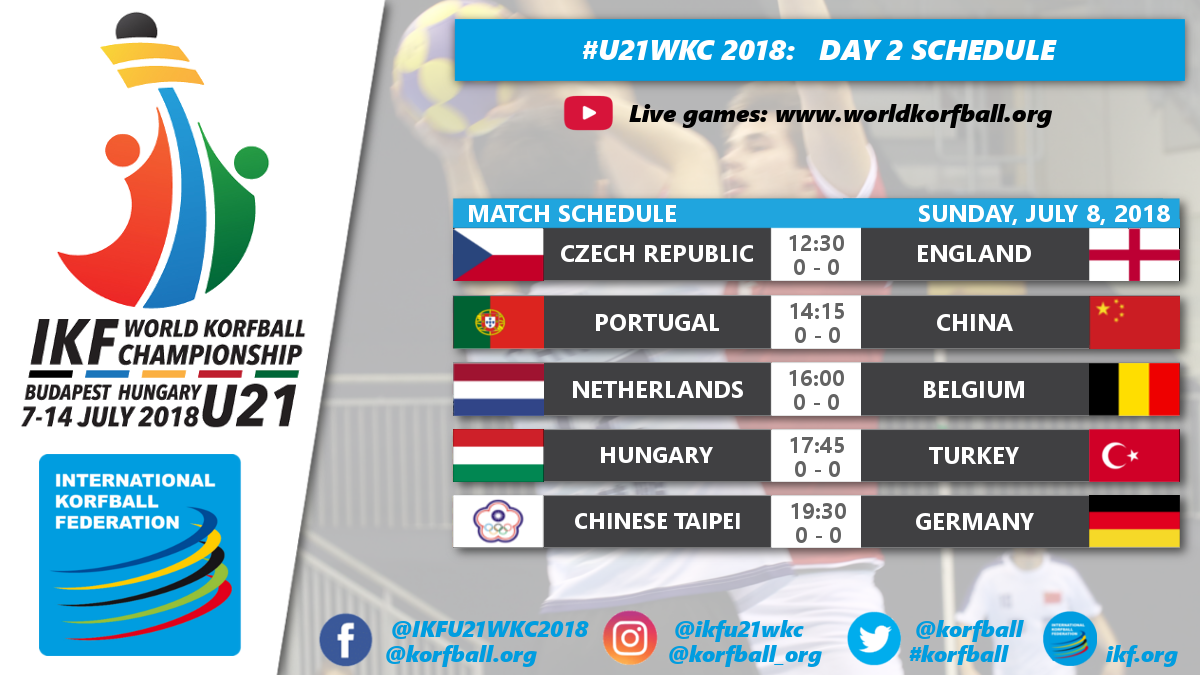 The IKF regrets to announce the passing of Mr Ruth Kool, bearer of the IKF Badge of Honour, at age 83 on 27 October 2022.…
Everything’s ready for the IKF U21 WKC 2018 in Budapest