IKF Asia and the IKC (interim committee) have done their utmost to organize a good event.

Five teams compete to become the next Asian Korfball Champion.

The 3rd IKF Asian Korfball Championship came to an end today with some very entertaining matches, particularly in the afternoon session. Chinese Taipei, having beaten Japan 21 – 9 in the semi-final, beat China, who reached the final with a 23 – 6 win over Macau China, by 18 goals to 13. In the bronze medal match Macau China beat Japan 10 -8 to clinch their first medal since 2004. Malaysia beat Korea , who qualified to play for 5th place following a 9 – 3 win over Indonesia, by 12 goals to 9.

The final ranking is: 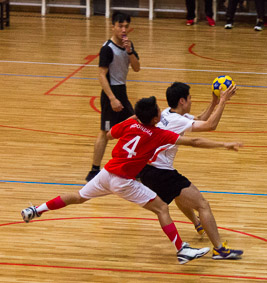 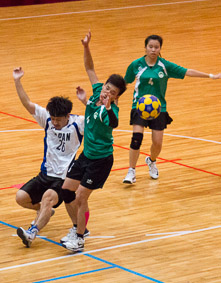 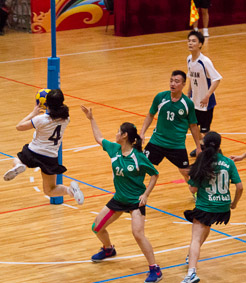 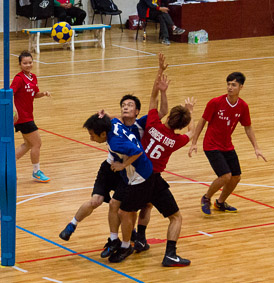 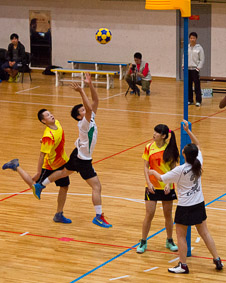 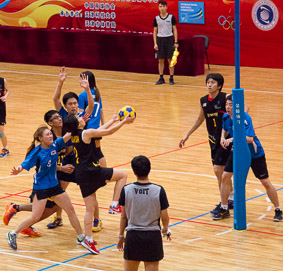 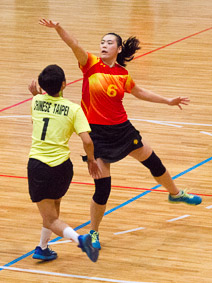 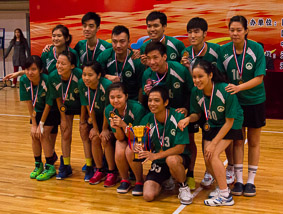 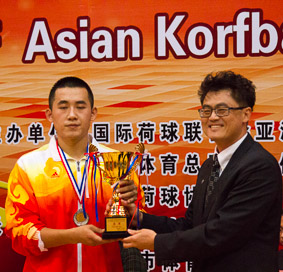 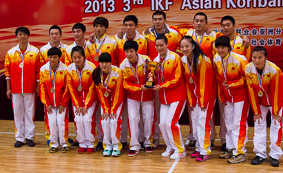 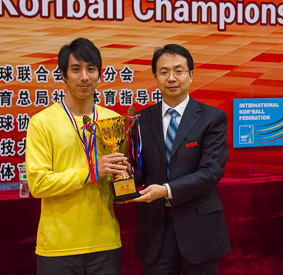 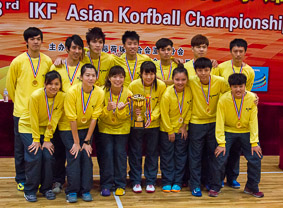 The last day of the round robin found the older korfball countries winning through to the semi-finals. Both China Macao and Japan have been around for quite a few years but even so are not that active. However, they were good enough to see of the challenge of the newcomers – Malaysia, Indonesia and Korea. The goal tally rose again with 27 more goals than yesterday. In total 441 goals have been scored in the 21 matches, an average of 21 in the 2 x 18 minute matches, which equates to 35 goals per match in a full length match.

Tomorrow morning starts with a repeat of today’s final match – INA vs KOR – to see who will challenge MAS for 5th place. This is followed by the two semi-finals – CHN vs MAC and TPE vs JPN. The final ranking matches will be in the afternoon. 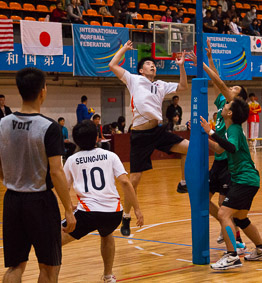 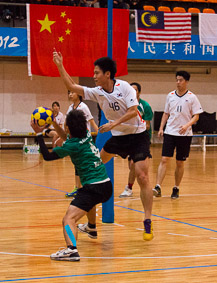 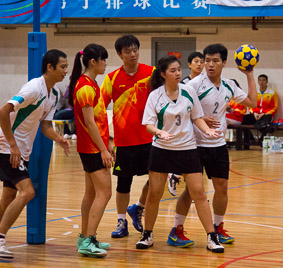 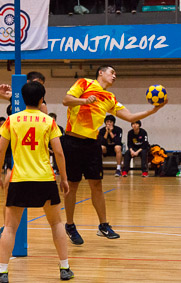 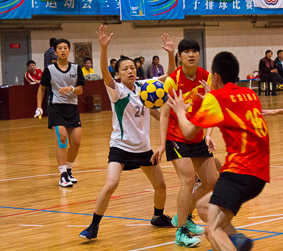 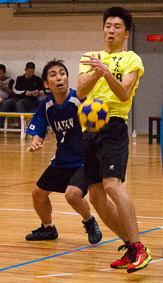 The newer and less experienced countries showed quite some progress in the way that they played today, even if this was not necessarily reflected in the results against the top teams. This was illustrated in the goals scored (including matches against CHN and TPE) going up from 39 goals on day one to 71 on day two. 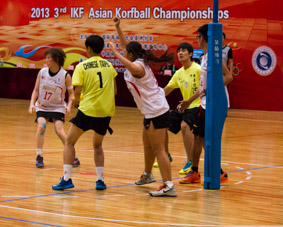 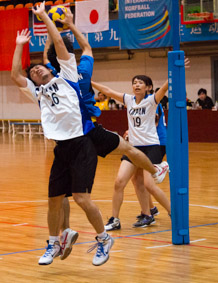 This third edition of the IKF Asian Championship consists of a record seven participating countries. Among them we have Indonesia (who could almost be considered to be a new country having last played in 1994) and Malaysia (first time at a senior IKF event having competed for the first time in the IKF under 23 AOKC in 2011). Japan, Korea and China Macao are also competing and in korfball terms are very inexperienced having limited tournament experience, particularly in recent years. Hosts China and holders Chinese Taipei make up the list of competing countries. Teams are playing a round robin format (of 2 x 18 minutes) in order to give all competing countries as much experience against different opposition within the time available. On Monday, cross semi-finals and finals will take place to determine the ranking. This event is also the first IKF event to use the new substitution rules where, under certain conditions, players are allowed to return to the match.