The inauguration ceremony was conducted by Professor Jiongtian Liu, President of Zhengzhou University, and Dr Jan Fransoo, President of the International Korfball Federation. The ceremony was attended by distinguished guests from the Chinese Sports Ministry, the Chinese Korfball Association, the School of Physical Education at Zhengzhou University, and representatives of the sport department of the Henan Province. Also in attendance were Dr Inglish Huang, President of IKF Asia, and Mr Warman Cheng, Secretary General of IKF Asia.

The center has been allocated substantial research funding, and will conduct interdisciplinary research on korfball. Until now, research has been conducted on the social values of korfball, and of the development of a new type of shotclock that can attached to the post.

The inauguration was celebrated by an international conference. At the conference, Dr Jan Fransoo outlined a multidisciplinary research agenda for korfball, and Professor Crum outlined his philosphy on korfball coaching theory practice. 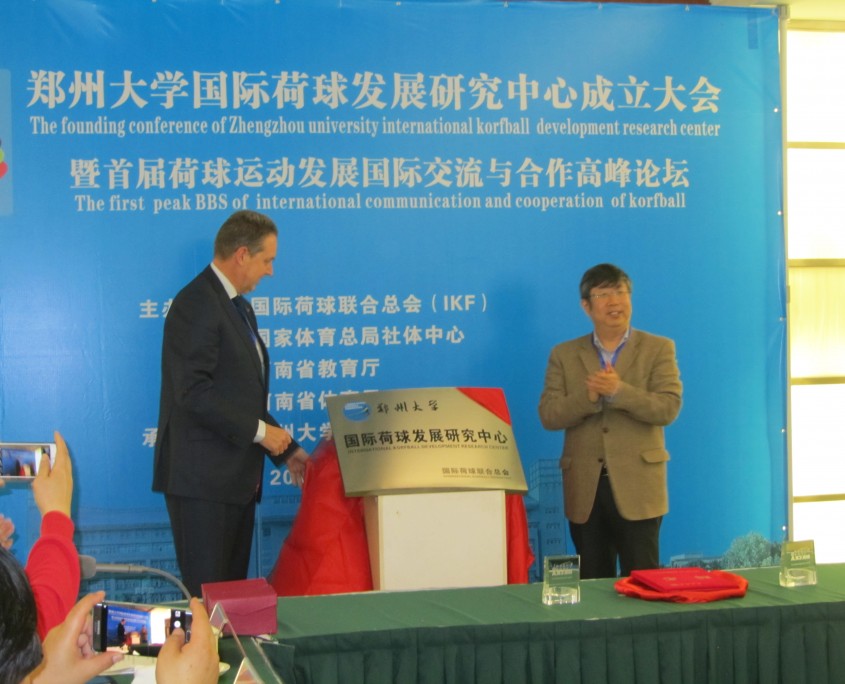 The IKF Athletes Committee is asking all athletes that have participated at IKF events since August 2019 to give their feedback!…
U19 Korfball World Cup 2017 ranking