The Council of the International Korfball Federation has appointed Mr Gabi Kool as a Member of the IKF Executive Committee with immediate effect. As per January 22 2022, Mr Kool has been appointed as Executive Vice President of the IKF. In this new role, he will be responsible for the committees of Digital & Marketing, Olympic Format and be leading the IKF strategy with immediate effect. Mr Kool will take over the position of chair of the IKF Executive Committee as of June 1 2022. President Jan Fransoo will remain President of the Council of the IKF until the completion of his current term in 2023, which he has announced will be his last. As of June 1 2022, he will step down from the Executive Committee.

Mr Kool, a native of the Netherlands and residing in Switzerland, has been an elite korfball athlete in the 1990s, before starting a highly successful professional career as entrepreneur and business leader in the loyalty marketing industry and he is currently leading the commercial organization of one of the world’s leading marketing services firms headquartered in Switzerland. He has lived in multiple locations across Europe and Asia, and has been named the loyalty marketing personality of the year. He brings extensive commercial, digital marketing and fan engagement experience to the IKF, that will help the world’s leading mixed-gender team sport to further develop its global and commercial potential.

Gabi Kool: ”It is my great pleasure to join the Executive Committee and support the IKF’s global ambition to grow our sport across the world and connect the korfball community of athletes, fans, national federations, sponsors and organizing committees via the latest digital strategies and solutions. Building on our heritage and great work done under Jan’s leadership over the past decades, developing new and exciting formats with appeal to also the younger generation and the Olympic movement, I am looking forward to contribute to such goals and help lead the IKF in this journey.

Jan Fransoo: “The IKF is extremely fortunate to have been able to secure the leadership, experience of Gabi to lead the global korfball community towards its next phase of development. Combined with his passion for our sport, and his ability to connect personally to our member federation, large and small alike, he is the best possible leader to help realize our ambitions.”

The Royal Netherlands Korfball Association, with the support of multiple other member associations, has announced its intention to formally nominate Mr Kool as candidate for the IKF Presidency as per the next General Meeting of the IKF, which is due to be held in October 2023 in Taipei during the IKF World Korfball Championship. 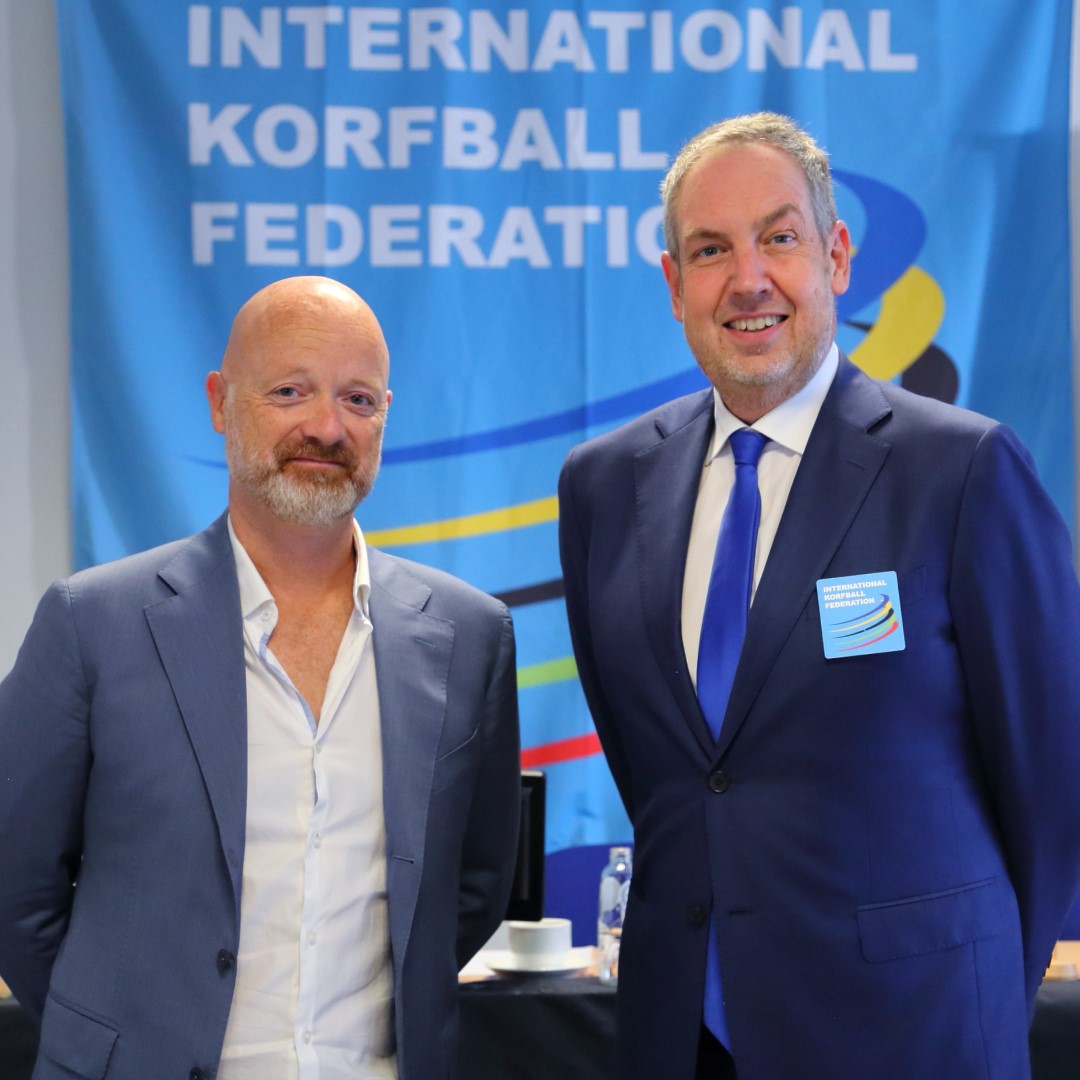 IKF Secretary General Joana Faria (POR) has been re-elected as a member of the IKF Council and will continue to serve the Federation as Secretary General for a second four-year term. Faria received unanimous support of the General Meeting of the IKF, which was held in Antwerp, Belgium, on the occasion of the centenary of the Royal Belgian Korfball Federation.

Faria, a physical education professional and former player of the Portuguese national team, was praised for her service during her first term, including further elevating good governance practices in the IKF, enhancing communication with member national organisations, and helping to better structure the growing regulatory and competitions portfolio of the federation.

At the meeting, Mr Bjorn Elewaut (BEL) was also re-elected for a second term in the IKF Council. Mr Jorge Alves (POR) was elected for the first time. Alves will carry responsibility  for the Federation’s critical development portfolio. Due to the rapid growth of korfball in many countries, the need for support, and in particular education has grown substantially. Earlier in the week, Mr Alves had presented the newly develop IKF Korfball Academy as the Federations novel online and hybrid learning platform. 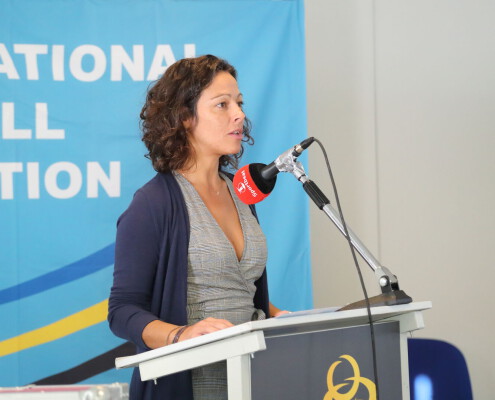 The IKF General Meeting 20 August 2017 in The Hague (NED) elected  three new members in its Council: 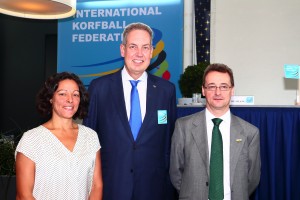 Secretary General Faria, President Fransoo, and Exco Member  Allen after the election. Elewaut is not on this picture.

Joana Faria is the first IKF Council member from Portugal. She is also a member of the Executive Committee and will serve as the first female IKF Secretary General.

Kevin Allen is also a member of the Executive Committee. He will carry the responsibility for korfball development and the IKF’s rules and regulations.

Björn Elewaut, also a member of the Executive Committee, will become responsible for refereeing and the further development of the level of international referees, along with a special project focus on the development of IKF Europe.

Mr Graham Crafter (ENG) did not seek re-election following fourteen years of service to the IKF as Secretary General. He had been awarded the IKF Honorary Membership in 2015. Mr Frank Buvens ( BEL) also did not seek re-election after having served for fifteen years on the IKF Executive Committee. The General Meeting appointed him as Honorary Member of the federation.

After a long period of service on the IKF Council and Executive Committee two respected board members stepped down; Mr Graham Crafter (ENG) and Mr Frank Buvens (BEL).

Graham Crafter served the IKF as Secretary General for a period of 14 years.

Frank Buvens served the IKF as Exco and Council member – for competitions and refereeing – since November 2002, nearly 15 years. 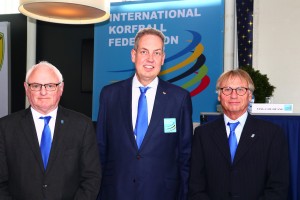 Crafter, Fransoo, and Buvens (from left to right)

Both Crafter and Buvens have a long – over decades – history in korfball. Both were respected international referees in the past as well. Their contributions to korfball in their respective countries and in international korfball is huge. For their ongoing commitment and dedication to korfball both received distinctions in their countries as well. Crafter was appointed IKF Honorary Member by the General Meeting on 7 November 2015.

Fransoo took the opportunity to thank both IKF Council members with warm and well deserved words.

The entire international korfball community sends all of you the sincere Season’s Greetings as well as the best wishes for a healthy and sportive 2014!