The 2017 Europa Shield edition in on! Four games where played today in Multiusos de Odivelas (POR). As expected, the first close games took place, leaded by a golden goal in favour of the English Bec KC against the German Schweriner KC. This game was followed by the SG Pegasus (GER) – KCC SOKOL (CZE), that also ended with a really close 23-21.

The other two games were clearly leaded by KC Barcelona and CRC Quinta dos Lombos. A great first day of tournament before tomorrow’s big day with 8 games. Here you can see all Day 1 results (Friday, 27 January 2017): 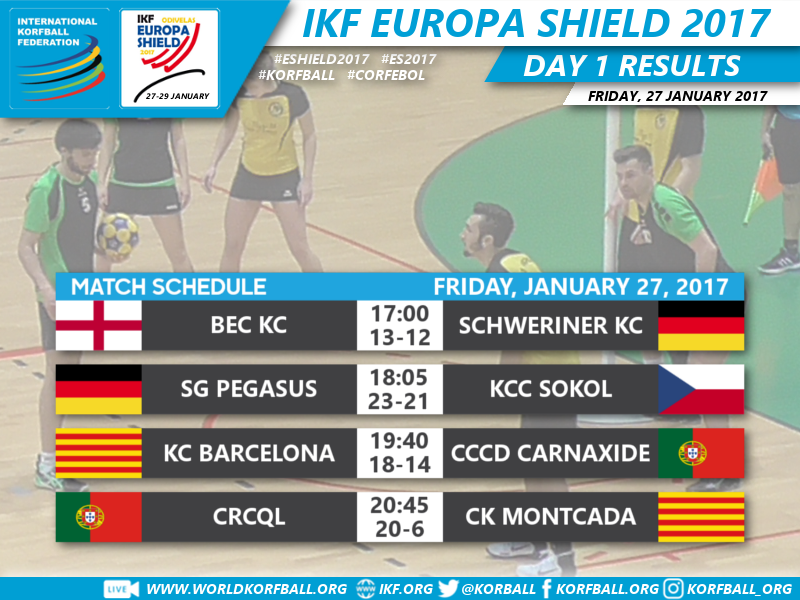 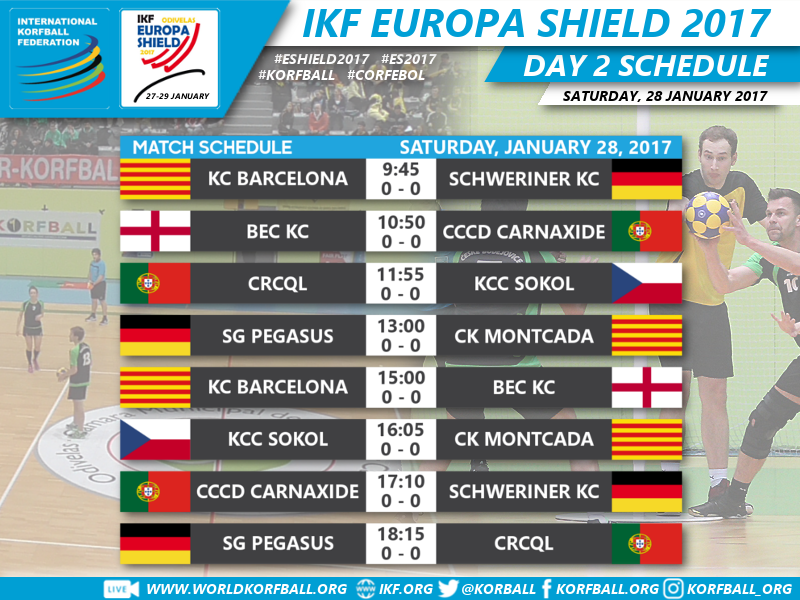 Here you can rewatch all matches played during the IKF ES 2017 (Youtube playlist – most recent videos shown first):

All images, reports, interviews, videos and curiosities were available live 24/7 on IKF social media profiles under the #EShield2017 & #ES2017 hashtags:

Finally, here you have some of the best photos taken during this IKF EUROPA SHIELD 2017 Day 1 by IKF Official Photographer (c) Marco Spelten (www.Facebook.com/ActiefotografieNL)

The IKF regrets to announce the passing of Mr Ruth Kool, bearer of the IKF Badge of Honour, at age 83 on 27 October 2022.…
IKF Europa Shield 2017 will start 27 January