Czechs strive for a way back to korfball’s highest level

The Czech Republic has a special place in international korfball history: in 2002 they were the first nation outside The Netherlands or Belgium to overcome one of the two traditional korfball superpowers, beating Belgium 20-19 on the way to claiming a silver medal at IKF European Korfball Championship of that year.

They followed that up with consecutive bronze medals at the IKF World Korfball Championships of 2003 and 2007, which they also matched at the IKF EKC of both 2006 and 2010. During the two most recent IKF WKC events, in 2011 and 2015, they ranked eight and nine respectively, the latter eliminating them from participation at the World Games 2017.

Ivo Kracík was a member of The Czech Republic team during much of the preceding era, the glory time for Czech korfball. His international playing career ran from 1999 until 2009 and included two IKF WKC bronze medals, plus the IKF EKC silver from 2002. He is now coach of the latest generation of players seeking to match their predecessors’ medal collections. Although Czech has drawn arguably the toughest pool at this IKF WKC, with Catalonia, New Zealand and the Netherlands their opponents on the first three days, Ivo is encouraging his team to keep it calm, and simple.

“We don’t want to put big pressure on our shoulders. We have set gradual goals. We need to take one step at a time. Initially, we aim to finish in the top two in our first round pool, which should give us an easier game in the round of 16, then we can deal with what comes next.

“Our ultimate goal is to qualify for the World Games 2021, Birmingham, USA. To achieve that we will have to take every day as it comes. If we can just put one foot in front of the other, who knows, we may even be good enough to play for a medal on the final day,” he says. 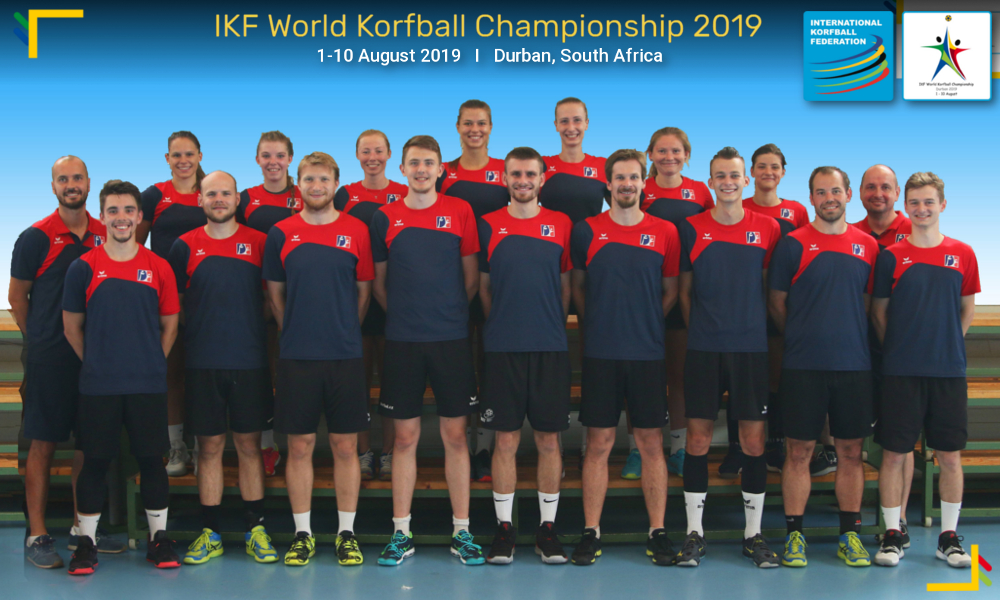 Seven of the current Czech squad were on the podium as winners of the bronze medal at the IKF U23 WKC 2016, as the host team, in Olomouc. One of their current team mates Lenka Faltynkova has a bronze medal from the previous era, when she was in the successful squad from the IKF WKC 2003. Anna Literova, meanwhile, is in her first senior IKF WKC.

Ivo says, while those medals are a reminder to his players of what they are aiming for, he is encouraging them to focus on the future.

“We don’t have big stars in our team. We aim to play a team game, where everybody has their own important role,” he says.

Most of the players live in Moravia, in the eastern part of the Czech Republic, where they are spread between six different clubs. Most started korfball at age 10, at primary school. The average age of the Czech players is 24.

Ivo says determination, excitement and team spirit characterise the squad he is leading in South Africa. Time will tell whether those are the qualities that will take Czech korfball back to the heights they scaled, and held, nearly two decades ago.

Their first match in Durban will be a repeat of the last match at IKF EKC 2018, where Czech met Catalonia, winning 20-17 to claim the tournament’s number five ranking.

“Of course we are preparing for this game. A good start of the tournament is always important and I believe that we have the weapons to be successful again. We have had great preparation with a lot of training matches where we have been able to find the ideal formations for this game, and we are confident in our ability,” Ivo says.