Two years after the last update to “The Rules of Korfball”, most of the feedback received about the changes made has been very positive. The simple presentation of the rules was appreciated, as well as the elimination of rules that no longer made sense in the context of modern korfball. Therefore, there are just some minor adjustments to the published text this year, without changing any rules or game regulations except the one mentioned below.

Due to the experiments conducted in Belgium, Czech Republic, England, Hong Kong China, and The Netherlands during national competitions, the IKF has decided to make a change in the way korfball matches are conducted. To improve the quality of the game and to facilitate the refereeing, after receiving very positive reports of the experiments made, it was decided that from the 1st of September onwards, instead of having one referee and one assistant referee, the matches will be conducted by two referees with the same power and duties in the match.

Following the IKF Playing Rules Experiments Procedure, the IKF informs the IKF members about this possibility every year, after which the National Federations can request an experiment at least 6 weeks before the start of the proposed experiment.

The IKF published the revised IKF Playing Rules last July. Following this publication, the Playing Rules Committee and the Referee Committee are organising a webinar for IKF referees and assessors on October 31, 2020, from 11:00 to 11:45 CET. In this webinar, the chairs of both committees will clarify the new approach of the playing rules, and explain some of the central ideas and goals of the revised document. During the webinar, participants can ask questions, of which the most frequently asked will be the focus of the next webinar in November.

The webinar will be recorded and shared afterwards. The moderators are Jorge Alves and Björn Elewaut.

IKF Referees and assessors are asked to register for this webinar upfront, by sending an email to Björn Elewaut (bjorn.elewaut@ikf.org).

The IKF Playing Rules Committee (IKF PRC) has revised the korfball playing rules with the main goal of simplifying the document by making it shorter, clearer and easier to consult. Furthermore, the IKF PRC has evaluated the multiple korfball rules experiments carried out in the national competitions. This has resulted in a new version of The Rules of Korfball, which are valid as per 1 September.

The Rules of Korfball 2020 are accompanied by a document that outlines the changes made for the new version. 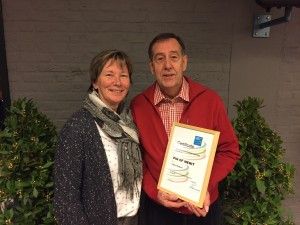