The IKF published the revised IKF Playing Rules last July. Following this publication, the Playing Rules Committee and the Referee Committee are organising a webinar for IKF referees and assessors on October 31, 2020, from 11:00 to 11:45 CET. In this webinar, the chairs of both committees will clarify the new approach of the playing rules, and explain some of the central ideas and goals of the revised document. During the webinar, participants can ask questions, of which the most frequently asked will be the focus of the next webinar in November.

The webinar will be recorded and shared afterwards. The moderators are Jorge Alves and Björn Elewaut.

IKF Referees and assessors are asked to register for this webinar upfront, by sending an email to Björn Elewaut (bjorn.elewaut@ikf.org).

This year’s list contains a total of 69 IKF Referees, 6 IKF Beach Korfball Referees and 11 IKF Talent Referees, with a total of 24 countries represented. The IKF is very happy to see more and more countries focusing on referee development and nominating their best referees for the IKF Referee List 2020. The list can be found here.

Mr Graham Crafter, IKF Secretary General and former Elite Referee for the IKF, conducted a two days Chinese Taipei Level B Referee Course on special invitation of Chinese Taipei Korfball Association. More than 20 candidates participated on 5 and 6 August. Mr Liu, a councelor of New Taipei City visited the Beach Korfball practical refereeing session in the Sunshine Sport and Recreation Part and expressed his interest and support to the future korfball activities in this city with the biggest population in Chinese Taipei.

After sharing his wide experience with referees from Chinese Taipei, Mr Crafter visited Hong Kong as special guest and chaired ongoing workshops on 9 and 11 August for the IKF appointed referees of the 2nd IKF Asia U19 & U16 Korfball4 Championships.

In the above mentioned referee educational events in Chinese Taipei and Hong Kong, the main focus was on the comparison among the rules of Korfball, Beach Korfball, Korfball4 (2 korfs) and 1-Zone Korfball (1 korf). 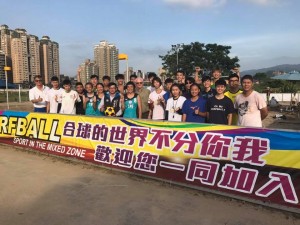 The IKF Referees Committee have appointed the international korfball referees 2017. We published the list today: CLICK HERE for International referees

At the recent IKF U23 WKC it was announced that Henry van Meerten, who had been an IKF referee for many years, would be retiring as an IKF International Referee.

On behalf of the IKF, Secretary General Graham Crafter presented Henry with the IKF Pin of Merit to mark his excellent service to the IKF over such a long period of time.

The IKF Referees Committee have appointed the international korfball referees 2016. As yet the committee has not decided on the various levels. They will do that in the next few weeks. We publish the list today and add the levels when decided.

The list of men and women for the international korfball events are:

as made today when both the referee and assistant referee were both female in a competition involving national selections. Megan Marks (AUS) and Alice Huang (TPE) officiated in the semi-final match between China and Hong Kong China in the IKF U23 AOKC. 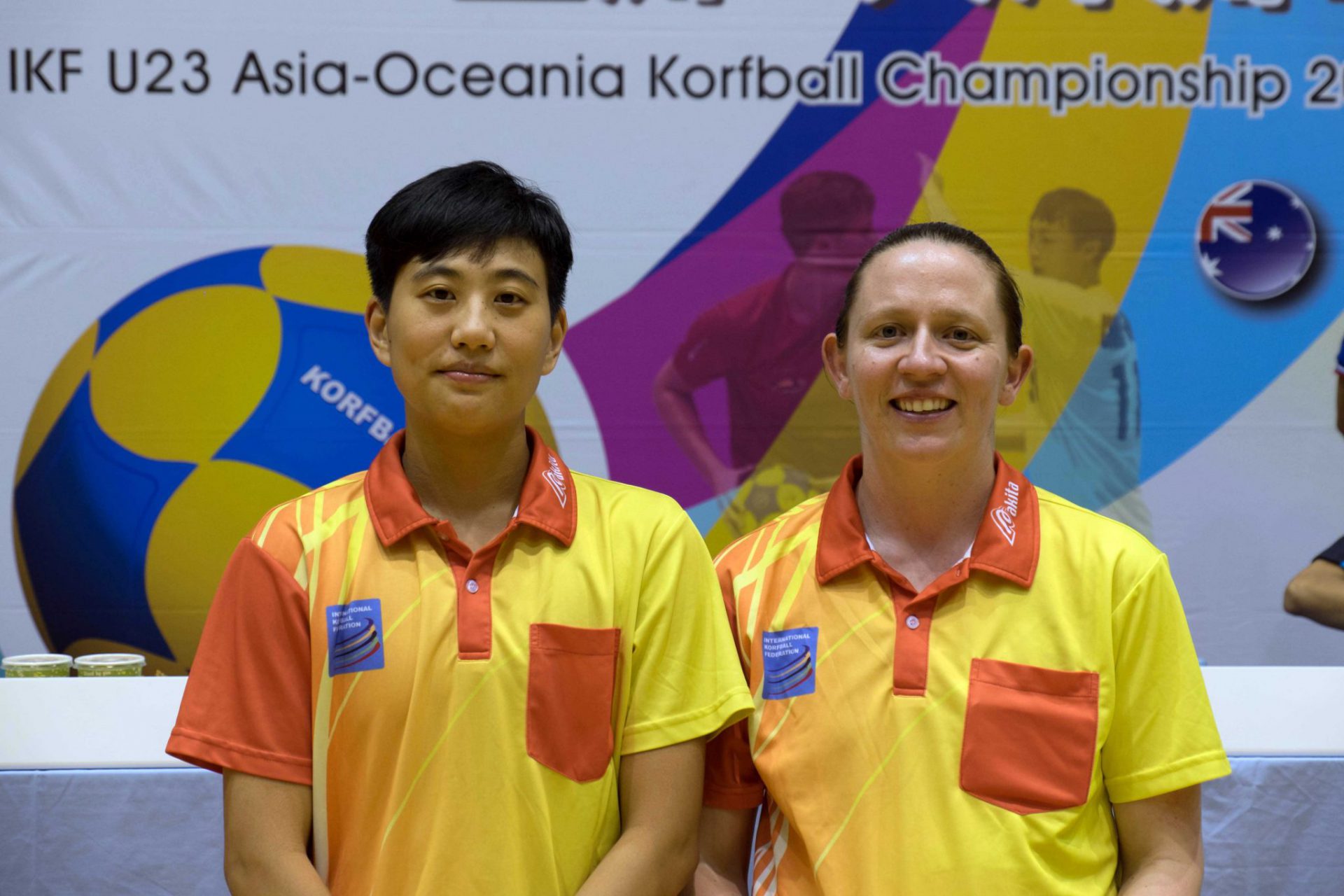 Saturday 11 April 2015 in AHOY Sportcentre in Rotterdam the finals of the Dutch Korfballeague 2014/2015 takes place in front of more than 10,000 spectators.

The three matches are available thru the ikfchannel on YouTube.

A two-week tour by a high-powered delegation from Europe, including four Netherlands stars, will give korfball in Latin America a big boost this month.

Top players from the Dutch national under-23 team are accompanying KNKV’s master coach Jan Sjouke van den Bos, first to Brazil, then to Argentina, on a tour that will combine promotion, coaching and referee clinics and a pan-American international korfball tournament.

Starting in Sao Paulo, the Netherlands stars, Jelmer Jonker, Jet Hendriks, Barbara Brouwer, Marijn Van De Goorbergh and their coach, will conduct clinics in schools and universities, as well as providing training support for the regular teams located in the city of Americana.

Next they travel to Rio de Janeiro, where coach advisor Dick Kalkman of The Netherlands and referee Dani Ezpeleta from Catalonia join them. On 11 October they will be part of the National Brazilian Korfball Championship, before heading to Copacabana the next day for a beach korfball promotion on one of the world’s most famous beaches.

Leaving Brazil, they go to first Buenos Aires then La Plata in Argentina for another series of promotional activities in schools and universities, conducting clinics for physical education teachers and training with local teams.

Over the weekend of 18 and 19 October, the highlight of the tour will be the Torneo Internacional de Korfball – Argentina 2014, with national teams from Brazil and Colombia joining the host, Argentina, which will participate for the first time ever in an international korfball event.

IKF is grateful for the assistance of KNKV in setting up this tour, and also to IKF instructor and national coach of Brazil, Jorge Alves from Portugal, for co-ordinating activities.

The Rules will come into effect for the IKF from 1 September 2014 but countries may bring forward to an earlier date or put back the date of implementation to no later than 1 July 2015.