The IKF Council is pleased to announce that the Argentinian Korfball Federation will host the next IKF Pan-American Korfball Championship 2022.

This event will be held in Buenos Aires, Argentina, from 18 December to 20 December 2022.

The champion of this event will qualify for the next IKF World Korfball Championship 2023 in Taipei.

You can find all the updates and information around this event following the @IKFamericas profiles on all these social media sites and channels:

At the General Meeting held on October 30 in Antwerp (BEL), the Asociacion Peruana de Korfball (AKOPE) joined the IKF as Associate Member. Korfball was introduced to Peru three years ago with the help of the Argentinian Korfball Aassocation, and since then AKOPE President Javier Rojas Durand has been working to develop korfball. Due to the pandemic, the first initiatives, in particular courses, have been held online, but currently korfball is being played in a number of schools. Mr Rojas Durand is an experienced sports developer, having previous introduced handball to Peru, and now focusing on our sport. Mr Jan Fransoo met with Mr Rojas Durand in 2019 during a visit to Lima, and is confident in the leadership of AKOPE to develop into a strong association in the Latin American country.

Since Belarus withdrew from the IKF at the General Meeting due to difficulties to develop korfball, the IKF currently still counts 69 member countries.

In alignment with the KNKV, the IKF had decided to cancel the IKF Beach Korfball World Cup (Europe 2020), which was planned for 7-8 August 2020 in The Hague, The Netherlands.

The Dutch government has announced that the ban on (sport)events in The Netherlands has been extended to 1 September 2020, which automatically means that no event can take place in August. The IKF will not look for another date in 2020 for this event.

Although this announcement probably doesn’t come as a surprise to you following the earlier cancelation of IKF events, it is still a sad moment. However, the IKF would like to thank the Royal Dutch Korfball Federation (KNKV) for their preparational work

In an extraordinary meeting of the IKF Executive Committee, joined by the Vice-Presidents for Asia and Oceania, the International Korfball Federation has decided to largely cancel or postpone its 2020 international competitions. The global spread of the Covid19 epidemic effectively precludes many international competitions to be held, and creates so much financial and organizational uncertainty to hosts and competitors that many decisions to cancel events can no longer be postponed.

In coordination with the IKF, the Royal Dutch Korfball Association has decided to cancel the U17 Korfball World Cup (Eindhoven, Netherlands), and U15 European Korfball Championship (Drachten, Netherlands). Both events had been patronaged by the IKF.

Decisions with regard to the Beach Korfball World Cup (The Hague, Netherlands) and Asian U16/U19 Korfball Championship (Udon Thani, Thailand) have been deferred to a later date. The qualifying round for next year’s Europa Cup has also been canceled, and the IKF will review the situation for next year’s Europa Cup and Europa Shield in light of the developments of the various national leagues in Europe. Most European countries have suspended their leagues until further notice.

Jan Fransoo, President: “The IKF is very sad having to take this decision, which was inevitable. Foremost, the health and well-being of all athletes, officials and fans is our first priority. In addition, hosts are currently facing high financial risks and we need to enable them to develop contingency plans early on. We are in close contact with our major event organizers and will be in touch with all event hosts over the next few weeks to further discuss the consequences for the 2020 and later events”

This decision, along with the earlier decision of the International World Games Association to postpone The World Games to 2022, will have major consequences for the entire competition calendar of the IKF for 2021, 2022, and potentially 2023. The Executive Committee in its meeting today reviewed all options and will consult with host cities and other stakeholders over the next few weeks. It is expected that the revised competition calendar for the upcoming years will be announced before the end of April. Decisions with regard to next year’s Europa Cup and Europa Shield will be made latest by July 1, 2020. The final decision with regard to the Beach Korfball World Cup will be made not later than June 1, 2020.

The bids came from (in alphabetical order) Chinese Taipei, Czech Republic and The Netherlands.

All three bids are received in time and look promising. The challenge is to make the bids even better in the months ahead of us.

The IKF Exco appointed a committee of three (1) to evaluate the bids, (2) to support the countries in further development of the bids, (3) prepare a report for the IKF Exco and the IKF Council and (4) guide the countries towards a formal presentation on day 2 of the IKF Congress Tuesday 6 August 2019 in Durban, South Africa. The presentations are open for all korfball involved persons present in Durban, except for all representatives of the three bidding countries. The IKF Council will evaluate the presentations and the report in its meeting Wednesday 7 August 2019. Based on these evaluations the IKF Council will take a decision. The decision will be made public in the IKF General Meeting Friday 9 August by Jan Fransoo, IKF President.

The evaluation committee of three consists of Joana Faria, Gert Dijkstra and Frans Walvis (as chair).

All games were filmed and are now available on www.worldkorfball.org, with all the results, play-by-play, statistics and top scorers. You can also find all these full matches and all the images and photographs on Facebook’s PAKC 2018 official event site: www.facebook.com/events/167074280553769/?active_tab=discussion

The last day at the 2nd IKF Pan-American Korfball Championship 2018 has started. The ‘Coliseo Mundialista’ in Cali will host the last 3 important games still to be played. After yesterday’s games and results, Suriname is leading the ranking with 12 points, followed by Dominican Republic and Brazil, that will play today’s last match. The winner will obtain one of the two places that gives access to the next IKF World Korfball Championship in 2019 in Durban, South Africa.

Yesterday Suriname secured the gold medal and is the first country in the world to qualify for next year’s IKF World Korfball Championship.

Day 2 is on in Cali. After the six first games played yesterday in this 2nd IKF Pan-American Korfball Championship 2018, Suriname and Dominican Republic and  are leading the ranking with 6 points, Brazil and Colombia follow them as 3rd and 4th with 3 points, and Argentina and Costa Rica classify 5th and 6th still no wins.

The IKF Pan-American Korfball Championship 2018 (IKF PAKC 2018) will be played in Cali, Colombia, from 2 to 4 March 2018. The venue that will host this tournament is the Coliseo Mundialista, Escuela Nacional del Deporte.

From March 2th to 4th, 2018, Argentina, Brazil, Colombia, Costa Rica, Dominican Republic and Suriname are the teams that will be playing to be the new Pan-American champion.

The ‘Coliseo Mundialista, Escuela Nacional del Deporte’ that hosted the 2013 World Games will be the perfect venue for this thrilling and exciting tournament.

You can find the pools, match schedule, tournament rules and more on https://korfball.sport/event/ikf-pan-american-korfball-championship-pakc 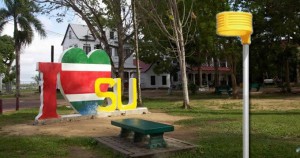