Welcome to the third day of the korfball competition at The World Games 2022. Today is the final matches in the Group stage. From 13 to 17 July 2022 the World Games 2022 is taking place in the city of Birmingham, Alabama, USA. Eight teams are competing for medals at the 11th edition of The World Games.

Below you will find videos, photos and a updates – updated throughout the day.

The Referee and Match Official appointments for Day 3 have been confirmed. 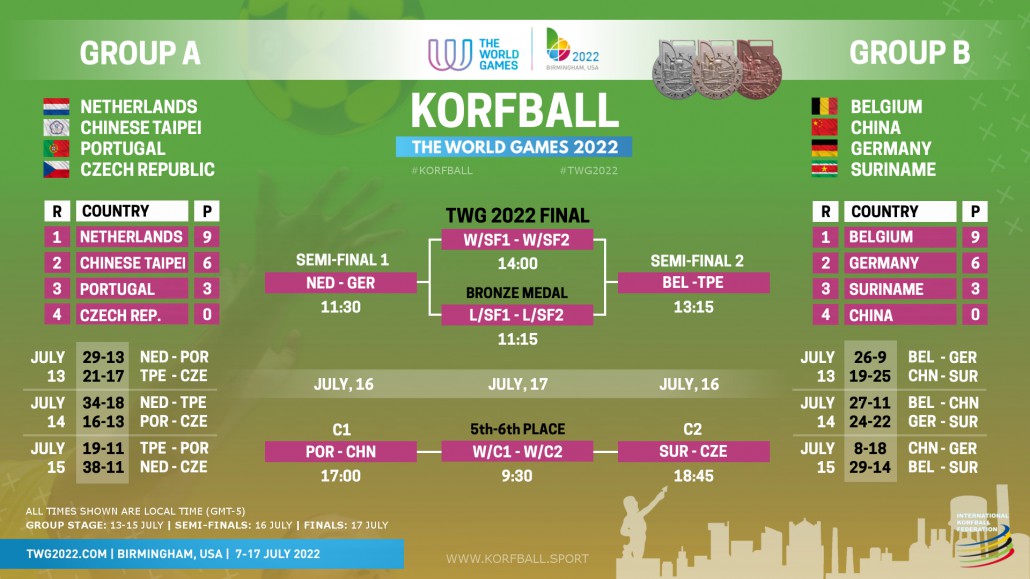 The opening game on Day 3 at The World Games was between China and Germany. To secure a place in the semi-final and the possibility to medal Germany had to win.

The match was extremely close in the first period with very little to separate the teams. The defence from both teams was limiting the scoring opportunities.

Germany appeared to be more comfortable on the ball. During the second period Germany managed to open up a four goal lead courtesy of consecutive goals from Lucas WITTHAUS, Anna ORTH, Jan Robert HEMING and Lea SANDER [4-8].

In the second half China never threatened, scoring just two goals which at any level is not going to be enough to win. Germany scored a further 8 goals in the second half.

The match ended with an amazing buzzer beater goal from Timon ORTH, a contender for goal of the day, for sure!

Our second match featured Chinese Taipei and Portugal who had so far both won and lost one match in this World Games competition. A win would keep their medal hopes alive…

A game of two halves! Portugal started strong in the first period shooting a high percentage and frustrating Chinese Taipei, limiting their chances which resulted in them taking a [3-5] lead.

Chinese Taipei, encouraged by the support in the arena of Representative Bi-khim Hsiao, Taipei Economic and Cultural Representative Office (TECRO) started to relax and began to convert their chances and went into the half-time break with the score level [7-7]

Taipei made the perfect start to the second half with three quick goals from Shu-Chi CHANG, Han-Sheng CHIU and Cin CHEN which clearly knocked the confidence of the Portuguese team.

From this point forward Chinese Taipei would remain ahead. The match finished [19-11] with Shu-chi Chang top scoring for Taipei in the match with 5 goals.

The result means that Chinese Taipei finished second in Group B and are still within a shot of a medal.

After the result of the earlier match today team Netherlands have already secured the top position in the group. After two narrow defeats to Chinese Taipei and Portugal, Czech Republic are rooted to the bottom of the group on zero points.

The attention for team Czech Republic is now on their remaining match tomorrow (July 16). At the end of the first period Netherlands had scored 12 to Czech Republic’s four, by halftime the result had been put beyond all doubt [23-8].

In the second half Team Netherlands entered cruise control mode and started to extend their lead scoring several beautiful goals.

Our final match on Day 3 and of the Group stages is between Team Belgium and Team Suriname.

Before tonight’s match Belgium led the group with four points after their [26-9] win against Germany and [27-11] win over China.

To keep their medal chances alive Suriname must win tonight against Belgium, after yesterday’s narrow loss to Germany.

In the opening five minutes of the first period Team Suriname made life difficult for Belgium, both teams scored two each [2-2].

Team Belgium then stepped up a gear, scoring the next six goals without reply. The defensive pressure was also cranked up by Belgium resulting in several shot clock violations by Suriname and attacks without registering a shot at goal.

At half-time Belgium led [14-3]. The second half produced some great goals from Belgium who knew the match had already been won.

Belgium will play in the Semi-Final tomorrow against Chinese Taipei. 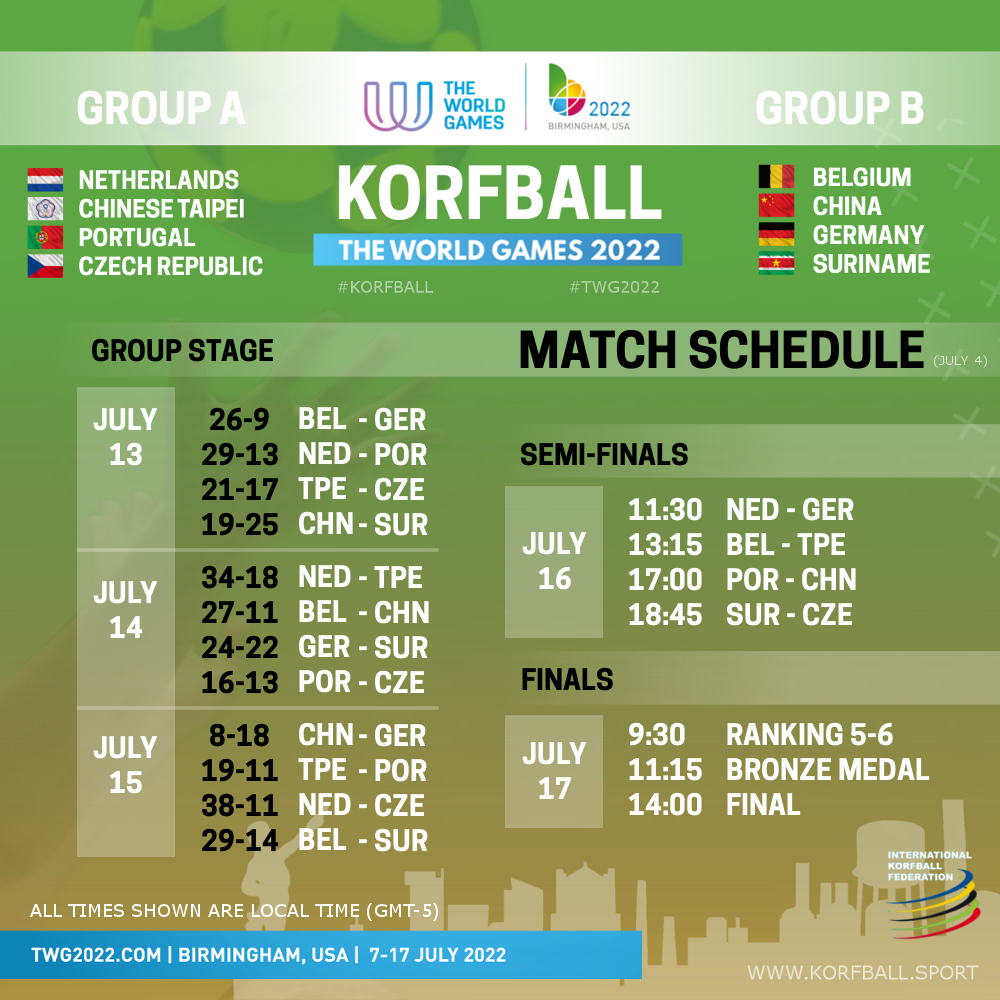